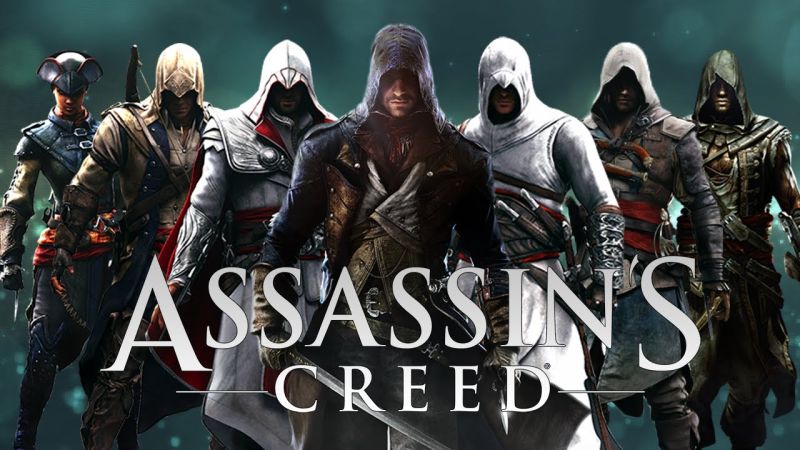 After lots of rumors and a few leaks, Ubisoft has confirmed a new Assassin's Creed will be out during the current fiscal year, which runs through March 31, 2018.

The news was shared as part of Ubisoft's earnings report today. The company subsequently shared a GIF on Twitter with the game's logo and the words "a new era begins."

On May 9, reports indicated that the follow-up to Assassin's Creed: Syndicate would be called Assassin's Creed: Origins. The title, it was suggested, reflected Ubisoft's intention to reboot the series, and the text in the image above further suggests that will be the case.

An off-screen image purporting to be a "first look" at Origins was also leaked alongside the name. It featured a bow-wielding character on a boat, calling to mind elements of Assassin's Creed IV: Black Flag. Reports of an Egyptian setting first surfaced in 2016. However, the game was believed to be called Assassin's Creed: Empire at the time.

Ubisoft did not release a mainline entry in the Assassin's Creed series in 2016. This, it said, was so that it could leverage new technology and "give the brand a new dimension."

"Since the release of Assassin's Creed Unity, we've learned a lot based on your feedback," said the company's CEO, Yves Guillemot. "We've also updated our development processes and recommitted to making Assassin's Creed a premier open-world franchise.

"We're taking [2016] to evolve the game mechanics and to make sure we're delivering on the promise of Assassin's Creed offering unique and memorable gameplay experiences that make history everyone's playground."

The last two Assassin's Creed games, Unity and Syndicate, all contributed towards a decline in the franchise's quality and prominence. Unity was maligned for its bugs and technical issues when it launched in 2014, while the subsequent game, Syndicate, underperformed at retail. Ubisoft is no doubt hoping the new game can buck the trend.