Bear with me throughout the duration of this article. A huge disclaimer I would like to personally expose explicitly as possible is that this is technically pure rumor since there is lack of certifiable evidence to back up certain uncovered information pertaining to a possible Modern Warfare 4 or Call of Duty franchise installment. The source of all this information comes straight from an informant. Nevertheless enjoy this article and do know that Se7ensins is the first site to have information such as this on a possible Call of Duty installment after Black Ops 2.

In a nutshell, from what was seen from physical concept drawings, art, mission concepts, and the like hanging on cubicle and office walls inside Neversoft's office, Neversoft's role in whatever Call of Duty they are taking part in seems to be quite large. Do note that the following text is verbatim from our sources own "jot down explanation," of what he or she saw in Neversoft's offices:

"It's another MW game. There's something called, 'Drone Survaillance'. They're working on 'HALO' jumps (High Altitude; Low X.) There is a level under ice. There is cloaking tech. Somethin called a 'Dominator UAV'."

Although the above list may seem completely random and may encourage some profane, skeptical language to be said to ones self, it leave plenty to speculate about. Each segment of the list will be dissected briefly.

The inclusions of drones, as found in the second and last sentence of the list, seems to suggest there is a heavy influence of automata; automata that, for the most part, was in Modern Warfare 3 and 2. However Modern Warfare 3 made extensive use of unmanned drones in its storyline, more so than Modern Warfare 2. Additionally the specific name of a drone to be found in the game definitely help pinpointing possible geography that will be a theatre of war for the possible Modern Warfare installment. The "Dominator Drone," is Israeli made and sees deployment across the Middle Eastern region after it's test flights in late 2009. Technology seems to play a strong emphasis in the next possible Call of Duty as there could be a mission practically geared towards controlling a UAV Drone and keeping tabs on enemy combatants, thus the 'Drone Surveillance' listing. It may also be a killstreak similar to the Reaper although the real world Dominator is geared more so for surveillance rather than combat suiting it more for a tactical single player mission than a deadly multiplayer armament.

HALO (High Altitude-Low Opening) Jumps would be a welcome addition into a possible Modern Warfare sequel, however it isn't exactly an element new in the First Person Shooter Genre. Battlefield 3, Metal Gear Solid, and even in James Bonds movies have showcased the splendor and tactical advantages of HALO jumping. The inclusion of HALO jumping can suggest that missions may exist where the player will need to covertly go behind enemy lines, since HALO jumping has massive stealth advantages if done successfully. Whether or not this will be part of a mission, special side mission (such as Special Ops), or even as a killstreak of sorts is still missing a verdict. An AI controlled squad of HALO units would be quite the killstreak, though. HALO Jumps have been performed since the 60's, so this doesn't really help support the fact that the next possible Modern Warfare will be set after Modern Warfare 3.

"There is a level under ice," is as bland as level descriptions can go. One can only speculate that there will be a single player mission, special mission, or multiplayer map primarily based in a base under the ice; an element implemented in Modern Warfare 3's campaign and Special Operations missions. Realistically this is nothing new, but may suggest Russians will be enemies in the possible Modern Warfare installment.

For those who dared not to read the article as a whole, essentially the possible Modern Warfare will most likely be set after Modern Warfare 3 and will have a fervent technological focus. The enemies may be Russian once again and the setting of the game may range from Russian mountains to the Middle East, if elsewhere. There may be a map or mission under the ice and missions making use of HALO jumps and extensive drone usage may exist. Cloaking technology may debut in the possible Modern Warfare.

Reiterating the points made before the dissection, this article is solely speculation from observations made by an undisclosable being. Do take notice that the information used to write this article is drawn from a reliable source and there is always a risk that it may or may not be true. Feel free to discuss the content found in this article.

Additionally sharing this article on social media websites, to your friends, or through other means (such as Youtube videos for those with high subscriber accounts) is greatly appreciated as you will help garner attention towards your own channel and Se7ensins.

Thanks for reading and remember you saw it here first on Se7ensins! 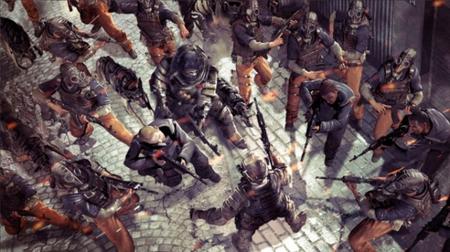 "Let the fire begin..."​
About author