Nevermind: A Game That Changes Based on Your Emotions 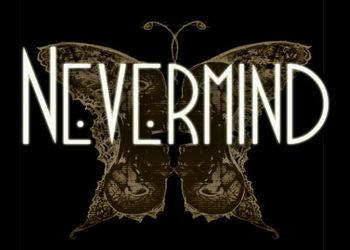 ​
Affectiva is a tech company that prides themselves on making software that can track your facial expressions and emotions. They are aiming to expand their horizons into the video game market, with their first attempt at that being a game called Nevermind. The psychological thriller game with horror elements will monitor the players' reactions and adjust the difficulty accordingly. The more frightened the player gets, the harder the game will become.

This Tuesday an updated version of Nevermind will begin using a webcam to monitor the players expressions and the fright on their faces. The game and webcam will take notice as players progress through levels, and respond according to which emotion they are portraying. An example being, an unexpected stressful challenge such as trapping players in a threatening environment, forcing them to keep their cool as they play their way out of it.

"It's a stress management tool disguised as a game," said Erin Reynolds, the founder of Flying Mollusk, the studio behind the game. The twist being that: the more frightened the player becomes, the harder and scarier the game will be. She hopes there will be practical value behind it all. “When you’re in traffic or about to go into a stressful meeting, you can manage your emotions in the real world.”


​
Come Tuesday, this will certainly be something to keep an eye out for. With a whole new element at play, the gameplay will certainly be interesting to watch. If you have a webcam and heart-rate monitors and want to try something different, this might be right up your alley. Maybe in the future, this game, or ones similar to it will be playable with Virtual Reality headsets. The technology behind gaming is truly changing and growing at an unprecedented rate.