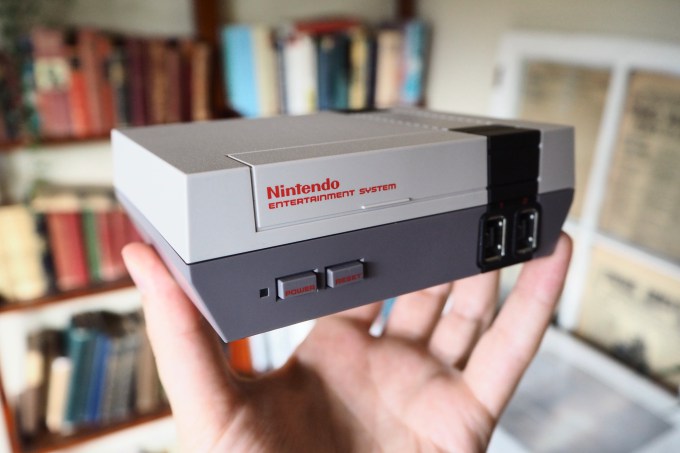 The NES Classic Edition is Nintendo's latest nostalgia filled gaming console, which is set to be released November 11th. There are already add-on's being announced, such as this impressive wireless controller, which should combat the issue of the incredibly short wired controller that comes bundled with the console.

In Peter Brown of Gamespot's review of the NES Classic Edition, he said that the cables on the retro re-released console’s controllers were “unreasonably short.” Well, Nyko has a solution in its new Miniboss controller, a wireless clone of the NES gamepad.

​
Available for $19.99, the Nyko Miniboss controller uses “SPACE-AGE Cordless Technology” to allow you to move 30 feet away from your tiny new retro console, instead of the 31 inches the pack-in controllers provide.

A wireless dongle is simply attached to the controller port on the front of the NES Classic Edition, and the controller itself looks like it can be charged via a micro-USB port. We’ll know for sure once the controller hits stores on November 11.

The NES Classic Edition comes with 30 games built-in, and will be available to purchase from November 11th.