Coming straight out of Japan this year is a new Strategy-RPG called Natural Doctrine, developed by Kadokawa Games. This may not be the prettiest-looking game to come out this year, but seasoned gamers could welcome this with open arms, seeing that it's like the old strategy games from the PS2 days. It still contains those basic Strategy-RPG features/elements, all the while housing new and more complex features and mechanics. Natural Doctrine is a Sony exclusive, and will be released September 26th, 2014, for PS Vita, PS3 and PS4. Cross-Play and Cross-Save are implemented, so you can play/save this game anywhere you go! This game was revealed at the SCEJA Press Conference in 2013, making this the first independent title by Kadokawa Games. You can watch the trailers for Natural Doctrine below.


Natural Doctrine has been dubbed "the hardcore tactical strategy game", with a difficulty to match, it seems. Kadokawa Games didn't want to make this game too easy, even for the most experienced of tacticians, so do not expect to beat this game within a day. Along with the challenging difficulty, Kadokawa Games have redesigned the tile system, which most strategy games use. Instead of moving say one or two tiles, you can move anywhere within the radius of the tile you are on, and the tile shapes/sizes vary, depending on where you are on the map. This new tile system allows more tactical gameplay, such as having a weaker unit take a hit instead of a stronger unit, simply by standing in front of it. Depth is a key element in this game's design.

As with all strategy games, timing and placement are two of the most important things to think about. This game does not ignore that, but instead it gives you more variety in the way you can play levels. If you want to attempt to smash through a level quickly, you can try. There's no penalty for using such gameplay. If you would prefer to slowly and safely cruise through a level, again, you can try. You might be thinking "What's so different about this compared to other games?", well, in this game, you have total control over every unit's skill points, weapons, and how they use them. The outcome of each level you play can differ greatly depending on how you set your units up at the beginning of each level. Think wisely before entering each level, it could mean the difference between life or death! 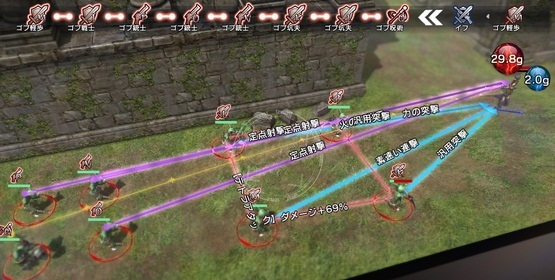 A screen shot of gameplay from Natural Doctrine.
​
One other feature that Natural Doctrine brings to the table is Cards. Cards have the ability to completely change the online playing ground. Not much information has been released about the card element of this game, but I'd say that it's safe to say that they will definitely play a strong hand in the multiplayer side of things. The below image is in Japanese, but it is evident that the cards will possess some form of "spawning" mechanic to add more units to the battlefield, at the very least. This game has single player, multiplayer (competitive), and multiplayer (co-operative). Players have the choice of playing as a non-human species in multiplayer, if they so wish. 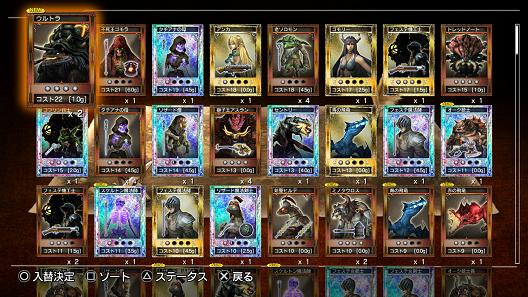 Natural Doctrine will be released in English.*

Does Natural Doctrine grab your attention?
What do you think of the new features that this game brings?