NASCAR Heat 2 is back by popular demand 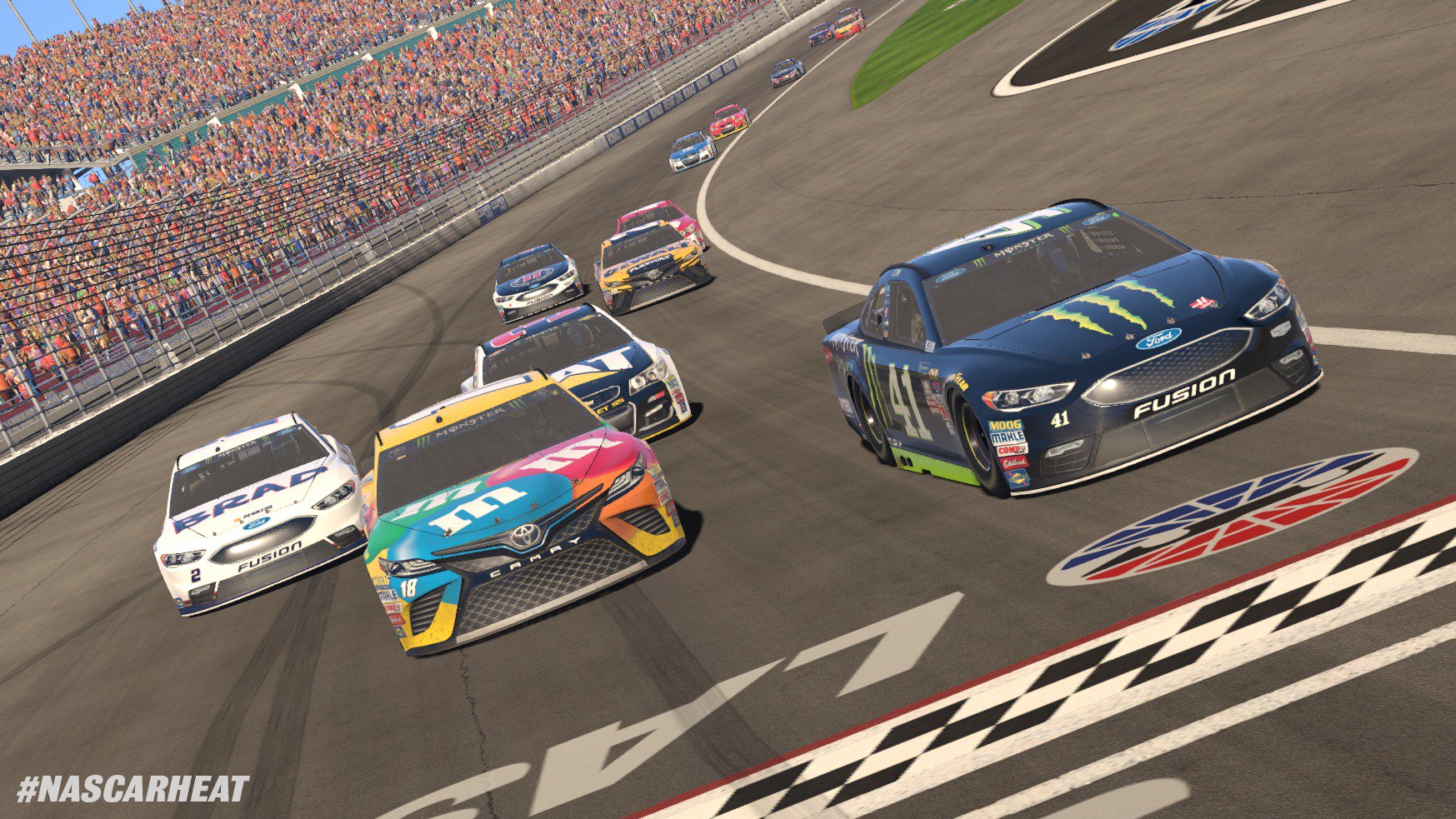 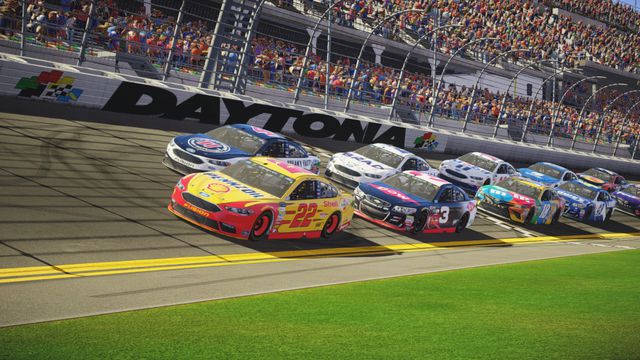 ​
Last year's NASCAR Heat Evolution put a strong racing engine under its hood. It just lowered an unmistakably no-frills body onto the frame of the whole thing, which cast aspersions on what its makers had done well: race hard, and authentically.

Players had to really want to play NASCAR Heat Evolution. Fortunately, that wasn't because the racing action was discouraging to them. It's because the rest of the game wasn't encouraging them enough. As such, the main problem facing NASCAR Heat 2, coming in September, is a pretty good one to have: Bolt on more parts, and the game's biggest flaw — depth — will take care of itself.

"We saw it, we heard it from fans and people on message boards that there wasn't a lot of depth to the game, online included," said Sean Wilson, the game's executive producer. "We needed to give you a reason to actually stay and play more."

Fans' two biggest demands have been answered, and while they seem like simple inclusions, especially for a licensed motorsports simulation, there just wasn't enough time to do them right as the series was rebuilt from scratch in less than two years. But all modes of NASCAR Heat 2 will add the two lower-division racing series — the Xfinity Series and the Camping World Trucks Series. By itself that should add a lot of racing to the game, particularly in an expanded career mode where Heat Evolution's spartan nature was particularly noticeable. 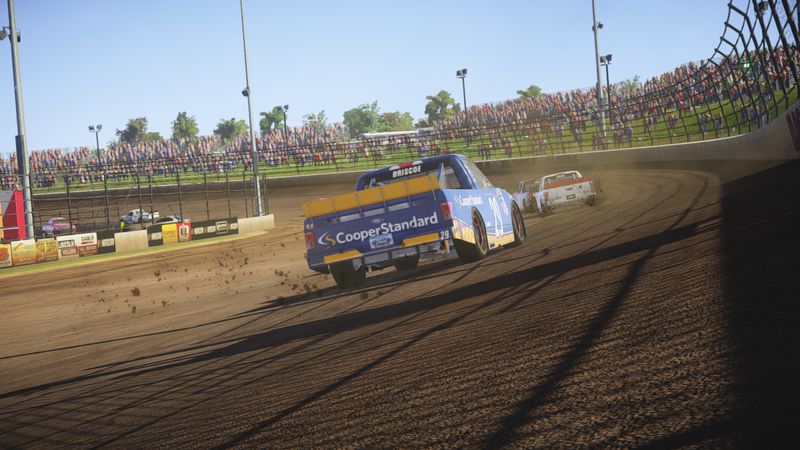 Further, local split-screen multiplayer is returning in NASCAR Heat 2. It was probably the most requested feature players made to the game's message board and social media. And some rather simple-sounding inclusions to online multiplayer, including daily and permanent leaderboards, stats tracking, and the means of adding bot drivers to the field, should greatly help a mode that last year was little more than one-off races with no stats tracking.

"There were just so many things we couldn't get to in that first year," Wilson said. NASCAR Heat Evolution, developed by Monster Games of Northfield, Minn., was the first year the property was fully in the hands of Dusenberry-Martin Racing, which acquired the NASCAR license at the beginning of 2015, five months before NASCAR '15 was published. That was developed by Eutechnyx. The license's new owners wanted their own assets and engine, so none were carried over from the Eutechnyx game, necessitating a very limited approach in that first year.

“We needed to give you a reason to actually stay and play more.”

Dusenberry-Martin Racing has since brought on a new chief executive, Paul Brooks, formerly a senior vice president in NASCAR and the head of its Media Group. Dusenberry-Martin was rebranded as 704 Games, mainly because the old name confused it for one of the many real-life racing teams around the Charlotte area. Monster Games, led by Richard Garcia, is still the developer. 704 Games added two track artists to give Monster More bandwidth to develop game features.

There wasn't a lot of confusion about where to go this year. "Split-screen was probably the most requested feature that we saw from fans in message boards and on Twitter," said Ren Vickers, 704 Games' marketing director. Wilson, a veteran of NASCAR development at EA Sports last decade, understood why. "It's an audience that likes to sit on the couch and race together," said Wilson, and parents with their kids especially a part of that. “In my year on Twitter, it's the (Xfinity and Trucks) series and split-screen that's been the most talked about,” Wilson said, “and we knew that. We had to do that."

Career mode should be a lot more appealing with the trucks and Xfinity series aboard. Last year, users got a rookie experience that may have been a little too authentic, presenting them with a very long grind to the point where their car and team were capable of hanging with top flight drivers, much less win a race. 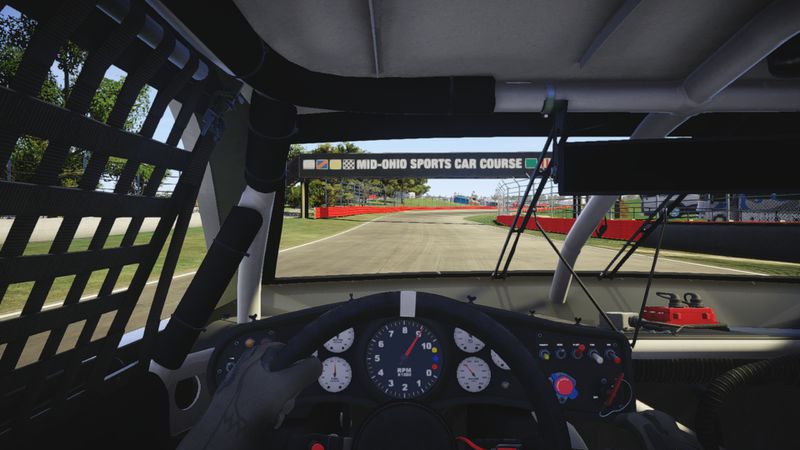 In career, drivers will start out racing in the Camping World Trucks series and progress from there, leading to limited offers to race in the higher series, and ultimately an invitation to be a full-time driver for a racing team. At that point, they should be more polished and capable of holding their own against a field notoriously tough on newcomers in real life.

"Hopefully, that will make it a little more fun at the beginning," Wilson said. "Because we can get you in a truck, and we can get you in a pretty good truck. That way you're kind of winning, but you still have so much in front of you, you still have the Xfinity, you still have Monster Energy, but the whole experience is going to be more balanced from the beginning, other than 'Well, you're going to suck.' Because we have to start you somewhere, but if you start winning right out of the gate, what's the point in that?"

Still a lot of polish to apply


That's not to say NASCAR Heat Evolution needed no technical changes or upgrades. Yellow-flag caution laps were not a part of online racing last year because of the problems they posed in resetting the field. Cautions are an absolute necessity to NASCAR Heat 2 because of the introduction of the new staged format of racing in real life. This breaks up a race into three segments (the Coca-Cola 600 has four), awarding additional series points to the drivers in the top 10 at the end of each stage, as well as for the overall race.

Putting cautions into online multiplayer was "a tougher challenge than we thought it would be," Wilson said, "but it's something that had to get done." Naturally, this means all events in the Monster Energy NASCAR Cup series will race under this format, including in the career.

The gameplay has also been tuned in a variety of subtle ways. Drafting physics will reflect concepts such as bump-drafting and side-drafting. The handling options have been modified, with the easier setting now called stability control. NASCAR Heat Evolution had simulation physics and then an assisted mode, with one handling preset covering all 36 tracks. Now there will be 42 presets custom made for each course. The more advanced physics setting gives drivers more control over their car's handling and pre-race setup, at a cost of more demanding racing conditions.

As for the tracks, six more have been brought to the game on account of the new series in the game, including Eldora, Ohio's dirt course where the Camping World Trucks race. I had my hands on a pre-alpha build, so a lot of work has to be done to get the sliding just right in Eldora's turns. 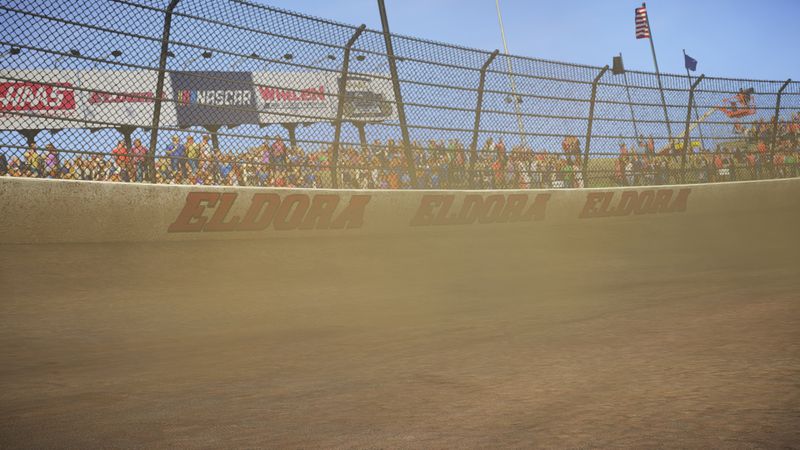 Elsewhere, 704 Games is working on lots of little touches to the presentation and environment of NASCAR Heat 2. They recorded more spotter dialogue, particularly for the end of a race when he mentions your performance, to cut down on repetition. Flagging the race will now be animated (though the crowd still looked static as I whizzed by in a pre-alpha build). A blimp will circle the field. A pre-race scene featured drivers milling about pit road; designers have modeled about 16 real-life drivers. Winning a race will reward the user with a post-race victory celebration on the stand, with a trophy, the Monster Energy presenters, and cheering fans.

The challenges mode from NASCAR Heat Evolution also will return, but 704 Games is promising more variance in them, which may cut down on the difficulty that some novices found punishing. Specific incidents can now be introduced into a challenge, such as running out of fuel, or an AI racer wiping out and the user being tasked with avoiding the wreck to secure a finish in a higher position. Claire B. Lang, host of Dialed In on SiriusXM NASCAR Radio, provides a narration introducing the scene and what's at stake.

Online, in addition to the daily and lifetime leaderboards tracking victories and fastest laps, each racing series will feature mini-championships based on users' past four games. This should allow for drivers to duck in and out of online racing, or drive online prolifically, while still having a means of comparing everyone and rewarding the best. 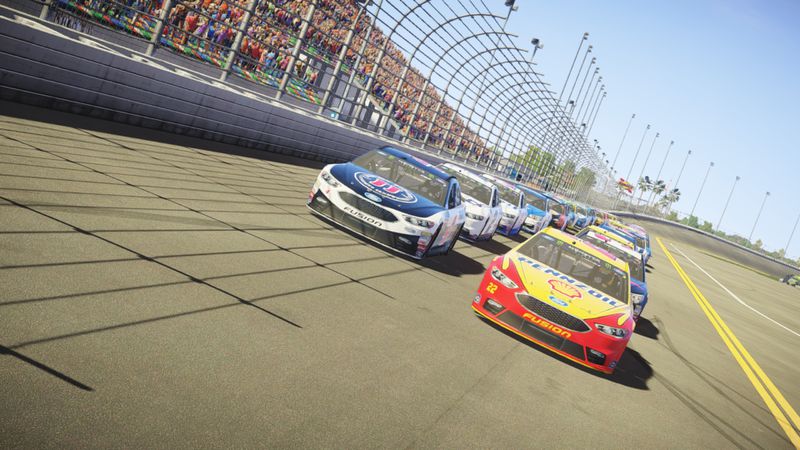 And finally, NASCAR Heat 2 users will get the car customization options they had asked for last year. They don't have a true layer editor, but they can choose from several templatized options and change their colors, driving that car in any mode (including the career). If users opt to stick with the real-life liveries, ones made available in premium DLC will be visible to online racers who don't have it. 704 Games wasn't talking about DLC plans just yet, other than to say free DLC will be offered to everyone.

"The goal of this is to take that solid foundation and build upon it in pretty much all aspects," said Ren Vickers, 704 Games' marketing director. "Increase the depth and polish."

NASCAR Heat 2 is planned for a Sept. 12 launch on PlayStation 4, Windows PC and Xbox One.