Music, an Overlooked Essence of Gaming 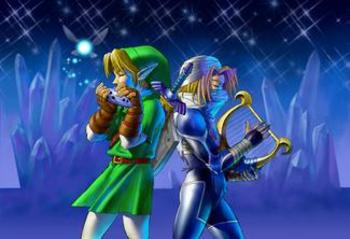 ​
Gaming and video games in general undeniably evolve in a manner which leaves aspects of its predecessors irrelevant or antiquated even. From graphics to gameplay, we all leave pieces behind for the sake of "upgrading" or staying up to date with gaming. When we come back to revisit beloved games from our youth, the experience is often jarring, to say the least. The comparison between the games we play now, to the games we grew up on, brings to light a stark contrast that often leads to being left in an uncomfortable state, often times riddled with awkwardness. This isn't to say that these games are not enjoyable, but to remind us of how much has changed and how much continues to do so. One thing that doesn't become irrelevant, though, regardless of the years between us, is music.

We often take it for granted, when in reality, it sets the tone and feel for a game as much as the physical environment does. A horror game will be rendered utterly useless if it doesn't make use of eerie and creepy music, as well as knowing when to use it. Puzzle games, though not as popular as in the past, have always made great use and benefit from intensifying music and soundtracks, Tetris, of course, comes to mind. Some are totally nostalgic and chock full of memories when gaming, or times in general, were simpler. That's not a bad thing either, who doesn't enjoy hearing the Super Mario Bros. theme, or perhaps strolling through the tall grass and being surprised by another pesky Zig Zag, only to hear that infamous tune that let you know, it was time to battle.

The aforementioned games obviously have some years behind them and are often, justifiably referred to as "classics." Classics aside, the point at hand still applies to games of a modern time. Halo and Fallout, for example, are known for their excellent job at using a soundtrack (original or otherwise) that perfectly accompanies the physical environment and setting that the game portrays.

Let's focus on Halo for a little while, shall we? A full choir, an experienced instrumental team, all backed by renowned composer Martin O'Donell. Widely considered some of the best music in gaming from 2001 to 2007, Halo has always made strides to mystify its cutscenes and overall gameplay through the use of its soundtrack. It's epic, it's emotional, and nothing gets you in the mood to kick some butt as Master Chief more than Halo 3's soundtrack.


​
Fallout soundtracks are undoubtedly outlandish and quirkish in all the right ways. In Fallout: New Vegas you are dropped in the middle of a barren, Mojave desert. With nothing but a varmint rifle and your trusty pip-boy, you're left to explore this wasteland and track down that two-timing Benny who left you in a hole to die. With endless hours to kill just on wandering around alone, you'll certainly have to turn on that radio of yours. In doing so, you are greeted to the old country tunes that will surely get stuck in your head for days on end. From Heartaches by the Number to Big Iron, and let us not forget about Johnny Guitar, we were all left with a soundtrack that ever so perfectly fit the setting in a way that has not been forgotten.

The horror genre of games is one that relies on music in a crucial way. It's one of the few genres (that aren't music based) where music will make or break it. A dimly lit hallway is just that, a hallway. You add an eerie track to haunt you as you walk down it and you just changed the whole experience. Now you're imagination is running, palms are sweating, you just know something lurking around a corner is going to jump at you. The pace slowly raises and that creepy tune is getting louder and about to reach its peak, queue jump-scare. BioShock, Silent Hill, and Condemned to name a few all make good use of their exceedingly haunting music.

It wasn't long before music became a video game genre in itself. With the big names at hand like Guitar Hero or Rock Band, it's become quite the respectable and fun genre, surprisingly. As far as "party games" go, these are some of the highest ranking and overall best games to play with a group of friends. With the ability to cover a whole "band", it makes many, many fun times and long nights. Nothing quite beats that certain satisfaction of killing a solo on expert mode in front of all your friends. Beyond that, you have Rocksmith, the game that lets you plug in your very own guitar and jam along, and learn along the way as well. 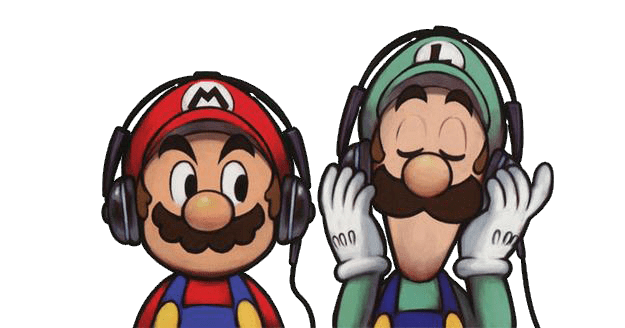 ​
I've obviously left out big contenders in regards to music in games, but there are only so many I can name without convoluting it. The Legend of Zelda, Sonic the Hedgehog, Mortal Kombat, and Final Fantasy all play huge roles with the music throughout their titles, and I in no way meant to discredit them or others. I couldn't help but mention some of my favorites over the years. The examples are endless, as well as the memories they've created.

You can come back to a game ten years later and feel as if everything has changed. The graphics look pretty bad, the gameplay is clunky, but one thing has remained as true as always and just as enjoyable as ever, and that's the music behind it. We often overlook it and simply forget about how big of a role it plays at times, and yet it's always there, waiting for us. Whether it's blowing off a cartridge and jamming it in your Super Nintendo, or turning on Radio New Vegas from your pip-boy; it will always be the same. That's the beauty behind it.