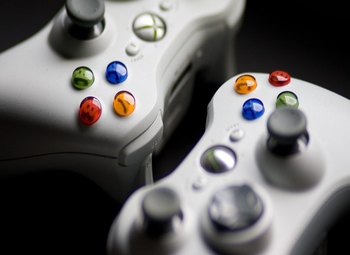 Multiplayer. Love it or hate it, it has become the centerpiece of gaming in the last few years. It began as a fun way to connect with friends and enjoy your favorite games. It has since grown into something bigger and, in my opinion, more sinister. It seems that ever since publishers realized how much money can be made from multiplayer, they have focused all of their efforts on that, which has caused a serious decline in the quality of non-multiplayer aspects in games, especially in AAA titles such as Call of Duty, Battlefield, and even Halo.

Let's begin this retrospection with a console game that really made multiplayer explode in most average homes, Halo 2. When it released, almost everyone who purchased it knew that it came with a highly-acclaimed multiplayer. However, the first thing my friends and I did was try to conquer the campaign on legendary (a quite daunting task at the time). After speaking to many fellow gamers, the general consensus seems to be that the campaign came first and the multiplayer was an added bonus to give the game longevity. A good model to go by, in most gamers' opinions.

Fast forward to Halo 4 and we see a quite different story. We are given a drab, bland campaign that almost seems to be thrown in as an afterthought. It's quite clear that the majority of funding and effort went straight into the multiplayer to maximize profits, which actually backfired considering the multiplayer was met with harsh criticism from most gamers. While this isn't the best example of a developer using multiplayer for financial gain successfully, it is a good example of how they are seeming to favor profits over quality, which is reprehensible.

Now let's take another look back at another popular title that's known for both campaign and multiplayer, Call of Duty 4: Modern Warfare. This game was a bit different, because there were a few titles before it that had multiplayer aspects, so many gamers flocked to it for both parts. What made it great was that it had both an excellent campaign and an excellent multiplayer. When you speak to gamers who played it, you will hear them fondly recall the thrill of crawling along in a ghillie suit while an entire army walks around you, as well as the countless hours of fun they had shooting fellow gamers online. With captivating moments in the campaign that had you holding your breath to endless fun playing Michael Meyers on Crossfire, Call of Duty 4: Modern Warfare was, to me, the ideal merging of multiplayer and single-player.

To round out this look at specific examples of the effects multiplayer has had on gaming, let's delve into what I consider to be an unforgivable example of placing profit over quality, the game known as Call of Duty: Black Ops III. While I must begin with a bit of a disclaimer, that being that the current split between current-generation and last-generation consoles has certainly placed some strain on developers, it, in no way, excuses their solution to the issue of file size on discs. Allow me to explain. Current-generation consoles use Blu-Ray discs for their games, an upgrade from standard DVD discs in the fact that they can hold far more data. This means that any game made for both generations of console must be changed for each generation, because on current-generation consoles the game can be up to 50GB in size (in regards to data on the disc itself), while on last-generation they are limited roughly 8GB (including anti-piracy measures which can take up ~1.5GB by itself). So to combat this issue, Activision and Treyarch decided to completely cut the campaign from last-generation, leaving gamers only with the multiplayer. This is a very extreme decision from publishers, and it leaves a bitter taste in my mouth, because I can see that happening more and more during this transitional time between generations of consoles. Obviously this won't be an issue once developers stop making games for both generations, but it has opened a door that I fear can never be closed, through which all kinds of evils shall emerge.

After examining each of these examples, what is your opinion of multiplayer in gaming? Is it a necessary evil, to be tolerated, if not altogether accepted? Or is it something that needs serious reform before it destroys gaming from within? I tend to side with the latter, which is probably obvious from the tone in this piece, but I'm curious to see what you guys think, not just about the questions posed but also as to what you think should be done about it. Let me know in the comments below!
About author