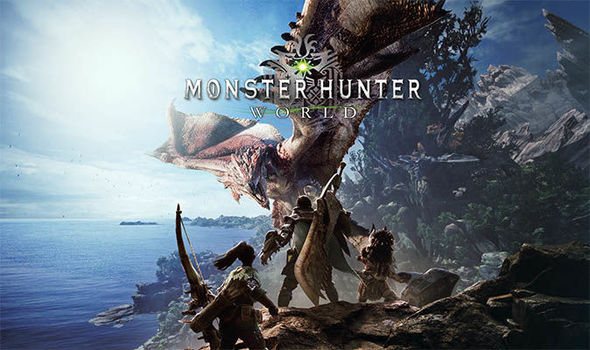 Before the second part of Monster Hunter World's Horizon: Zero Dawn crossover event begins later this month, some PS4 players will have a chance to get a different set of crossover armour for their hunter. Beginning at 4 PM PT / 7 PM ET February 15 (12 AM GMT on February 16), PS4 players who have to save data for Street Fighter V on their consoles will be able to accept the first Street Fighter V Event Quest.

The quest is called Down the Dark, Muddy Path, and it's a three-star mission that requires a Hunter Rank of 3 or higher. The objective of the quest is very straightforward: slay a Barroth. Complete the mission and you'll be rewarded with items to craft the Ryu armour set, which will turn your hunter into the iconic Street Fighter character when equipped. You can take a look at the Ryu armour below.

In addition to the Event Quest, Capcom will also offer Hadoken and Shoryuken gestures for your hunter, along with a Street Fighter V sticker set, as paid DLC. A second Street Fighter V Event Quest will follow later and gives players materials to craft the Sakura armour. You can read more about the Street Fighter V event on the official Monster Hunter World website.

While the first Street Fighter V crossover quest is only open to certain PS4 players at the moment, Capcom says it will also be available for everyone on PS4 as well as Xbox One at a later date. Likewise, players on both consoles will be able to get the retro Mega Man armour for their Palico in the future.

Monster Hunter World's second Horizon event begins on February 28. Like the previous quest, it will be exclusive to PS4 players. The mission this time around will be to hunt a giant Anjanath, and the reward will be materials to craft Aloy's bow and armour. Equipping the armour will change your appearance to look like Aloy, regardless of your hunter's gender.