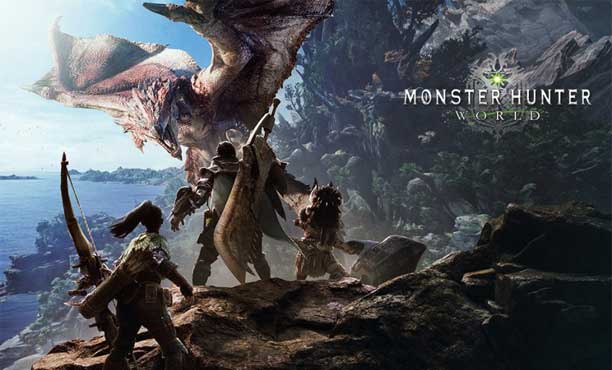 Capcom has finally revealed Monster Hunter: World's PS4 and Xbox One release date. The open-world game will launch worldwide on January 26th, 2018. The company announced the news at Sony's Tokyo Game Show conference today, alongside a collector's edition that includes a special art box, a copy of the game's soundtrack, and a physical action figure of a new monster called Nerurigigantei.

In addition, Capcom and Sony revealed a special Liolaeus Edition PS4 Pro, decorated with some gorgeous Monster Hunter: World art. That PS4 model launches in Japan on December 7, though it has not yet been confirmed for a worldwide release.

Monster Hunter: World was first revealed at Sony's E3 2017 press conference with a trailer, which you can watch above. Like the recent 3DS installments, players can scale walls and leap onto monsters to attack them. The trailer also showcased many new elements, such as a weapon that resembles a machine gun and a grappling hook that allows you to swing. Players also now have the ability to fire off flares.

​
The game's console release date has now been revealed, but we still don't know when it will come to PC--it's definitely coming, but Capcom has only said it will be after the PS4 and Xbox One versions launch.