Mojang Plans To Crack Down on Pay-To-Win Servers 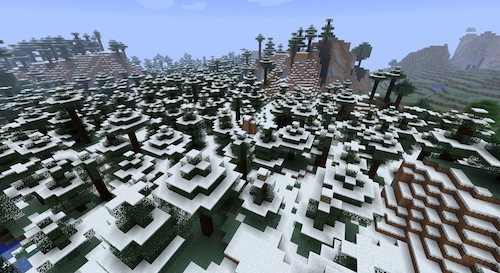 Multiplayer in Minecraft started as a way for friends to play and share their creativity with one another. Nowadays, multiplayer has become much more than that; server owners practically run a business, and like every business, they want to make money. Currently it’s fairly common to see a “pay for perks” system in a majority of the large server networks, but that will soon come to end as Mojang starts to crack down on these pay-to-win servers.

The Minecraft community has been in an uproar ever since one of the developers, Grumms, said in a chat that he wants server owners to stop making money from in-game items. While this may seem like a reasonable request, one of the guys behind the popular server network PlayMindCrack expressed his concerns. He explained that he has “no idea how the bigger servers that pay people to answer support tickets, deal with hackers, develop content all as a hobby can exist if Mojang pushes the issue.” These concerns are very real, as well as the fear that major could have been forced to shut down. Fortunately, Mojang has released an official statement on the issue, and their stance seems to be a bit more positive than expected.

While there were many community members giving their opinion on this whole ordeal, Mojang remained fairly quiet as the whole issue was unraveling. Fortunately, their silence didn't last long. This past Thursday, they made an official blog post regarding server monetization. Essentially, Mojang wants to put an end to any sort of pay-to-win transactions on servers, but they still will allow servers to make money via their user base. The first thing they addressed in their blog is that paid-to-play servers are actually allowed, meaning you can make people pay in order to get on your server. However there is a catch with this policy: If you’re charging for access, the price has to be the same for everyone. Mojang does not want any sort of separation of players who paid and players who didn't. In order to maintain this equality, Mojang also stated that the sale of items that give players advantages will not be allowed, however cosmetic items will be allowed. This means servers can no longer sell kits, weapons, potions, armor, or any other advantageous items for real money, but they can still sell things such as colored names, pets, effects, and hats. In addition to the aforementioned ways to make money, servers will also be allowed to have advertisements in their server and they can continue to accept donations. As of now, all we can do is hope that servers can continue to strive even if they don’t rely on pay-to-win transaction, but there still is an interesting question left unanswered. Why has Mojang had a sudden change of heart?

In the past, Mojang has always seemed to be fine with people making money from their game, and some could even argue they have promoted it. In an old EULA from last March, Mojang stated “Plugins for the game also belong to you and you can do whatever you want with them, including selling them for money.” It seems as if Mojang at one point was really lenient about the selling of creations, but that changed a month later once they changed the EULA to prohibit the selling of any sort of creation. While Mojang changed the EULA quite some time ago, they really haven’t enforced it until now. Some say that this could be because of Mojang’s new realms service, which is an easy (but expensive) alternative to traditional server hosting. While at first this may seem like a plausible reason, realms only support up to ten people at once, so it is not competing with the large networks that use pay-to-win models. Other than that, there really hasn’t been any other reasons Mojang suddenly wants to crack down on these servers, but in all honesty can we be sure if they will become more strict?

This actually isn't the first time the community has been distraught by the monetization rules in the EULA. Back when Minecraft was updated to 1.7, a lot of server owners were worried due to a change in the EULA that prohibited sales. Luckily, Mojang never really took action on any of the major networks (as far as we know) considering most large networks have a pay-to-win model. While they seem a bit more serious this time around, we can’t really be sure that they will enforce this rule. Marc Watson, the Mojang support manager, made a tweet earlier today saying the following: “Please don't tattle on servers. Give everyone a second to figure out how to reorganize themselves before you throw each other under the bus.” This tweet makes it seem like Mojang isn't planning on taking action on the servers yet, but we never know when (or if) they will take action.

As of now, there are still a lot of questions that are unanswered. We do not know if Mojang is taking the EULA seriously this time around, but the sudden change in behavior towards it seems to be rather alarming. Additionally, a lot of people are unsure on how big of an effect this will have on server owners and players. Could this actually cause servers to shut down? Would the Minecraft experience really be any better or worse if Mojang starts enforcing the EULA? Only time will tell.