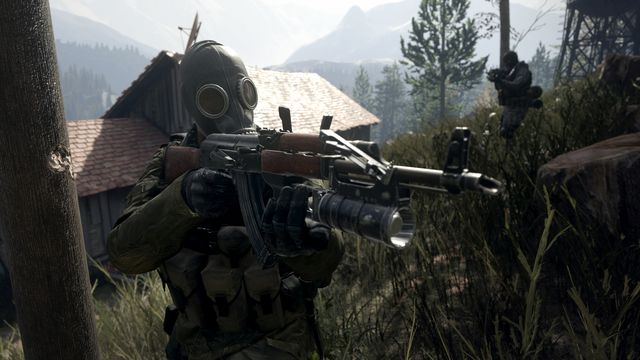 Raven Software’s Call of Duty: Modern Warfare Remastered is getting a fresh batch of content as part of an update this week, including new customization options and a handful of new weapons that weren’t available in the original Modern Warfare. According to a post on the official Activision blog, more than 170 new pieces of content for Modern Warfare Remastered’s multiplayer mode are inbound, most of which are cosmetic customizations, like emblems and skins. These include the ability to add camouflage, golden finishes or Western flair to guns. There are also two new melee weapons: the Hatchetman military axe and the Gladiator, a “contemporary recreation of the historical Gladius sword, used as the weapon of choice by Roman foot soldiers.”

Call of Duty: Modern Warfare Remastered is also getting three new guns, which can be earned by completing bounties. (Players can earn bounties by completing collections of other items, either by crafting them with Parts, the game’s version of scrap metal, or by receiving the items in Supply Drops.) Modern Warfare Remastered Supply Drops can be purchased using Depot Points — which are earned through playtime — or Call of Duty Points, which players can purchase with real money.

This is a fully-automatic, 12-gauge shotgun of Russian origin, and features an 8-round detachable box magazine.

This fully automatic assault rifle comes from the European theater, and utilizes 7.62x51mm NATO cartridges in a 30-round detachable box.

This is the classic .44 Magnum six-round revolver, featuring a stylized military grip and signature long barrel.
​
The developer said that it looked closely at gameplay balance in introducing new guns to Modern Warfare’s multiplayer mode.

“Like everyone, we absolutely love the weapons currently in the game, but wanted to add even more variety into the arsenal,” Raven Software said in a statement. “Today we are adding three modern era guns: the Kamchatka-12 (automatic shotgun), XM-LAR (assault rifle) and .44 Magnum (pistol). Like every other weapon, they each have strengths and weaknesses to ensure proper game balance, and through extensive testing we know players will have a blast.”

Call of Duty players have known that new weapons were in the works for Modern Warfare Remastered since November, when data miners unearthed guns that weren’t originally part of the game’s multiplayer mode.