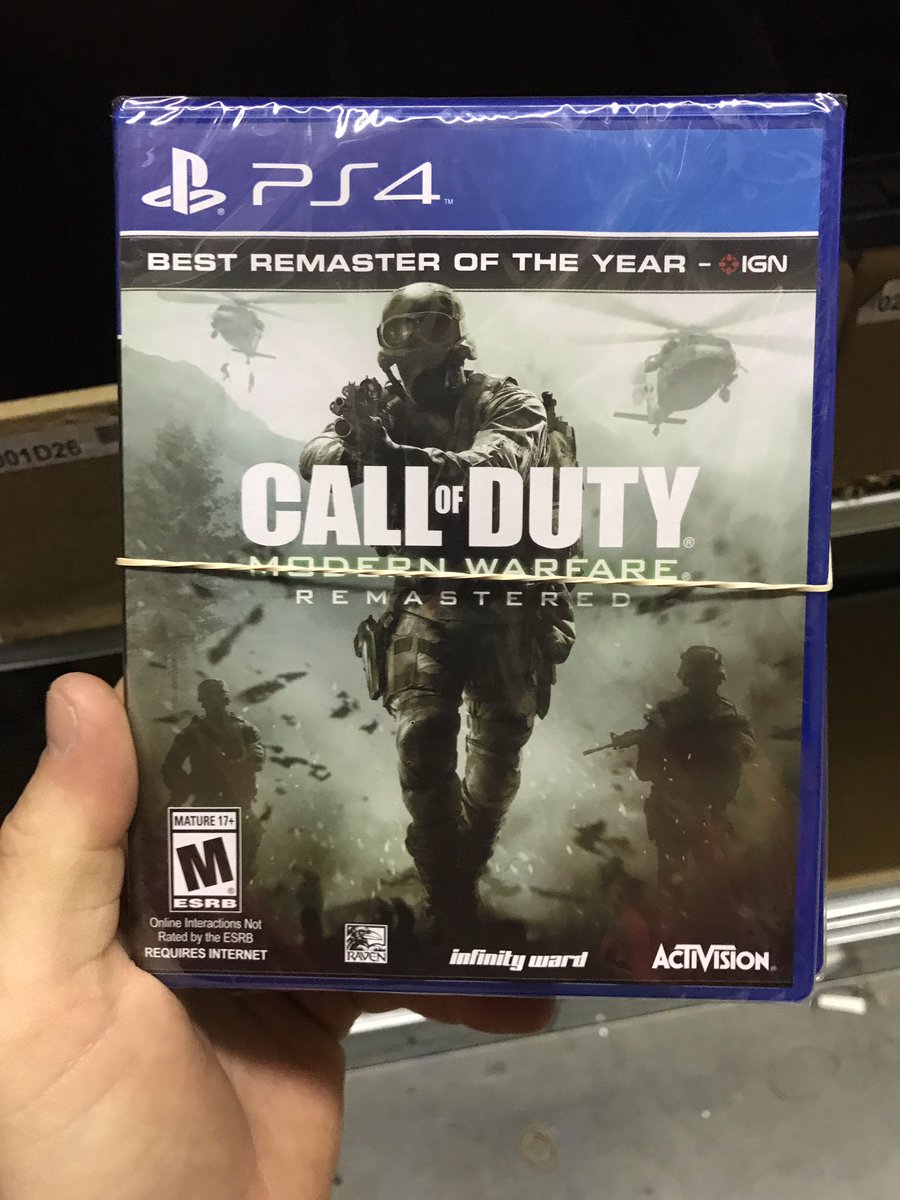 Call of Duty: Modern Warfare Remastered, the remake of the 2007 classic that came bundled with last year’s Call of Duty: Infinite Warfare, may be getting a stand-alone version. A call to Target puts the the current street date for the unannounced title at June 27. The story began yesterday over on Charlie Intel. It received a tip in the form of pictures showing a shrink-wrapped version of Modern Warfare Remastered for PlayStation 4 as well as an image of a Target shelf tag listing the price as $39.99. Later that day, a reader sent in a picture of the Target computer system listing the game’s street date as June 20.

Polygon called several Targets in the Chicagoland area for more information. Several employees confirmed that they had a listing for a product that matched the SKU given to Charlie Intel. They could confirm that it was a video game, and that the street date was June 27. However, all other information on the product listing was redacted. One employee said this is common practice internally at Target for new titles entering the computer system prior to their street date.