Mobile/Handheld Gaming: What Happened, and Where Can We Go From Here? 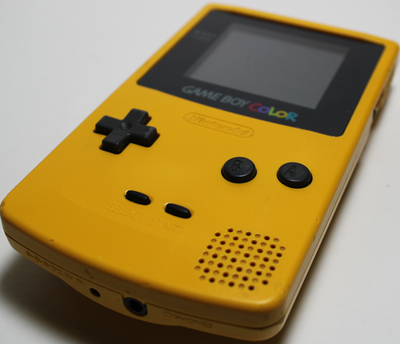 Image Credit: Vipershark on Photobucket​
As a child, nothing thrilled me more than the distinct two note chime of my Gameboy Color starting up. I knew I was about to enter a great gaming experience. Sure, the graphics weren’t stunning, and sure, on many games you couldn’t have more than one save file, but I didn’t care. I loved my Gameboy Color, and to this day I still do. In fact, it’s sitting in my drawer below my keyboard right now. Yellow, with a Zapdos sticker on the back so everyone would know it was mine while I was at summer camp.

Lately though, my love for handheld gaming has been swept under the rug to be forgotten about. It seems as though companies have limited interest in creating worthwhile, enjoyable games for handheld anymore, and instead we are treated to endless swathes of free-to-play, micro-transaction diseased mobile games that litter the app store like the crumpled up garbage outside your local fast food joint. Seemingly gone are the days of stellar title after title for Nintendo’s handheld system, and absolutely gone are the days of an even remotely relevant competitor (R.I.P PSP).

Now, I’m not blind to the fact that some great games have come out for the 3DS in the last few years, but in my mind, they are few and far between when compared to the generic crap we’re being treated to seemingly daily in any major app-store. To me though, I have to wonder whether it was always like this. Memory is innately flawed, and we can be taught to believe things that never really happened. This isn’t the first article out there to call attention to the sad state of mobile gaming, so what if I’ve just been bombarded with so much propaganda that I’m starting to believe that things were better before, when in reality it was the same?

I can’t answer that. However, I can remark on what made handheld games so great for me when I was a child. They were one of a kind. Sure, there were sequels, but somehow each game felt like its own entity, its own package ready to be unwrapped and its secrets discovered. Now, I fear I am much too jaded to see gaming that way. It’s gotten to the point where 50% of all the games I own on my 3DS are just rereleases of old games I had for my Gameboy and original DS with updated graphics and some minor improvements. Perhaps that’s just me grasping at straws, hoping to regain some of the magic, but I think it speaks to the state of new releases in the handheld gaming market. I’d rather play something I’ve already played multiple times years ago than play something “new” on the market today.

So, what can be done? Well, unfortunately in my eyes the things that can be done either won’t, or are too difficult to be successful. For example, if we just stop supporting these crappy free-to-play, micro-transaction crap-fests marketed as games, maybe companies will stop hiring B list actors to peddle them, and we maybe, just maybe will be freed from their grips. The problem with this is they’ve already gotten a hold of the market. It’s saturated with these games, and your eight year old cousin and forty-eight year old aunt are playing them.

No, I think we’d need to take a more positive approach to things. Instead of trying to get rid of the garbage and haul it off somewhere else, we should instead promote and reinforce the good games that come out for handheld. The mobile game market on smartphones has some seriously awesome games going for stupidly low asking prices, but a vast majority of people refuse to play anything that isn’t free on mobile…which to me at least, makes no sense. Gamers are okay with spending $60 on a new title to play at home, but they are not okay with paying $3.99 for a great mobile gaming experience. I think that’s a big part of the problem. I can only imagine that dedicated handheld gaming platforms like the 3DS struggle to get gamers to fork out $40 for their new games, so it makes sense that less and less quality titles are coming out for handheld. Why would a game developer spend their time and effort making something great if no one is going to buy it?

None of this is a perfect solution, and who knows whether it would even work. All I know is, I miss the days of being excited to turn on my handheld gaming system. Now, my 3DS just collects dust 11 months out of the year when I’m not going off on vacation or stuck on a plane.