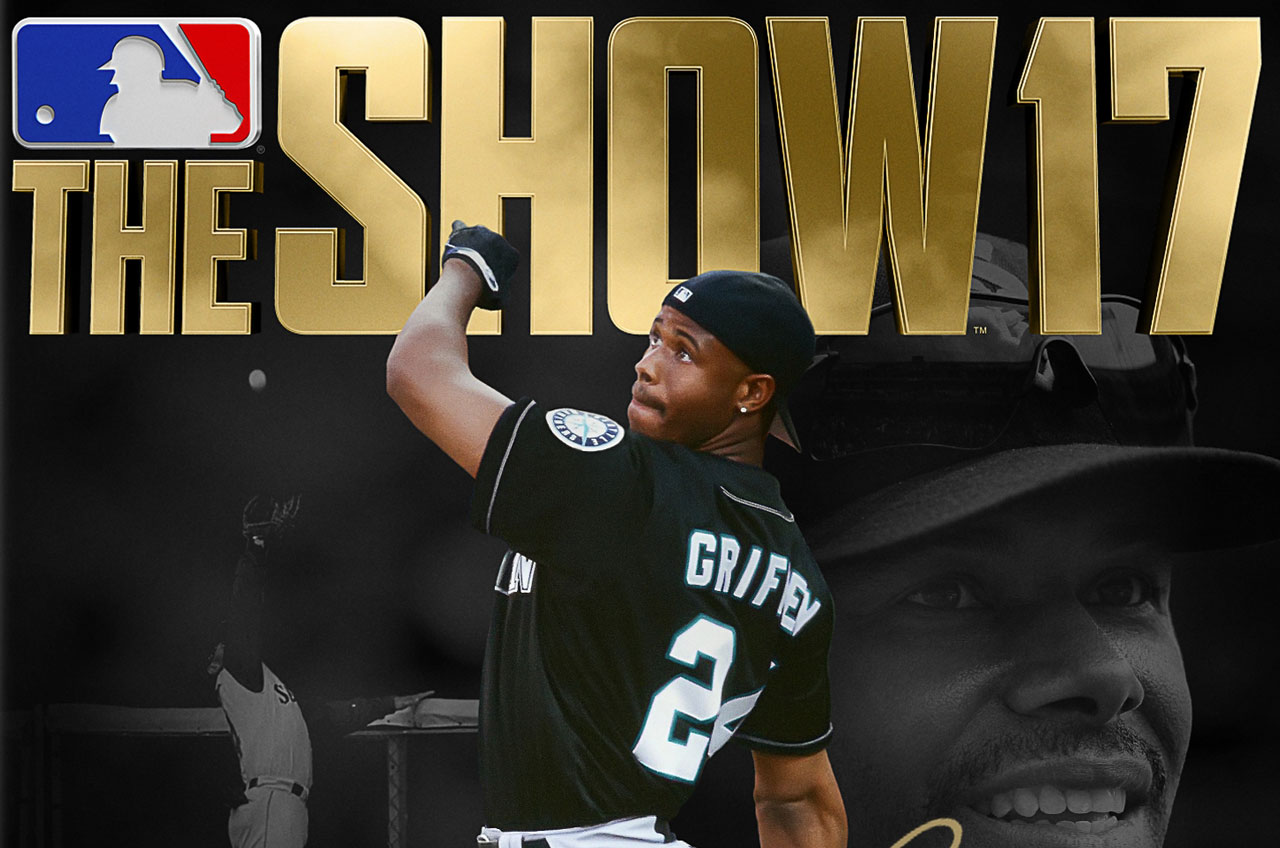 Griffey Jr. was the No. 1 pick in the 1987 MLB draft. He's in the Hall of Fame, having received 99.32 percent of the vote, a percentage that has never been topped. MLB The Show 17 launches on March 28, 2017 for PlayStation 4. We don't know anything about the gameplay advancements or changes over MLB The Show 16, but Sony has called it the "most realistic and personal baseball gaming experience on consoles." The developer has teased that MLB The Show 17 will include "exciting gameplay improvements" and a "greater ability to personalize" the experience.

There will also be a $100 Hall of Fame version of MLB The Show 17 exclusive to GameStop. It comes with a New Era hat and lots of in-game content like 11,000 Stubs and 31 PS4 themes. A $100 digital deluxe version is also on the way; exclusive to the PlayStation Store, it comes with everything in the Hall of Fame edition except for the physical items. Here's a breakdown of what's included with both: 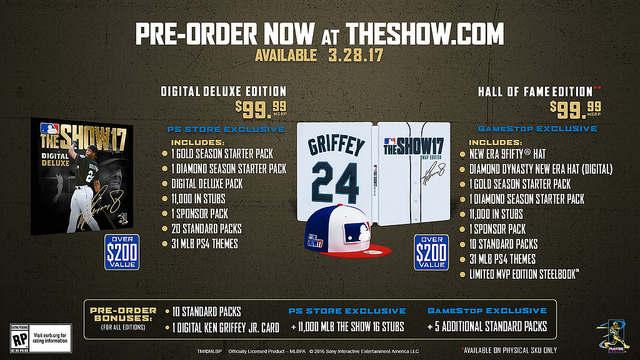 Further still, a $70 MVP Edition comes with special steelbook packaging (physical version only), as well as some of the digital content featured in the more expensive bundles.