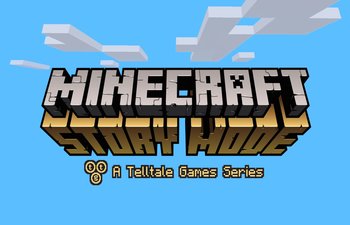 If you've been keeping up with Mojang then you already know about Telltale's partnership with Mojang. They have partnered together to create an adventure series set in the world of Minecraft. Much like a TV series, it will be a five-part episodic story mode.

Throughout the series, players will control Jesse - portrayed by actor Patton Oswalt. Jesse and his friends are worshiped and famed for slaying the legendary Ender Dragon and look up to the Order of the Stone. After catastrophic events cause everyone in the town to flee, this group of heroes decide it's their job to restore peace to the universe. They must find the Order of the Stone if they want peace to be restored.

The members of the Order each specialize in one trait. These traits are Warrior, Redstone, Engineer, Griefer, and Architect. Playing as Jesse, the player will get to chose their own paths and make their own decisions. All of them are being brought to near-reality by a cast of star voice actors.

Minecraft: Story Mode is coming later this year for every existing current platform, but no exact release date has been revealed. The trailer is a very different outlook of Minecraft, but I am convinced it will be a solid feature. Don't forget to leave your opinions in the comment section of the article. I will also embed the trailer so you can see for yourself.