Minecraft: Story Mode Coming to the Wii U 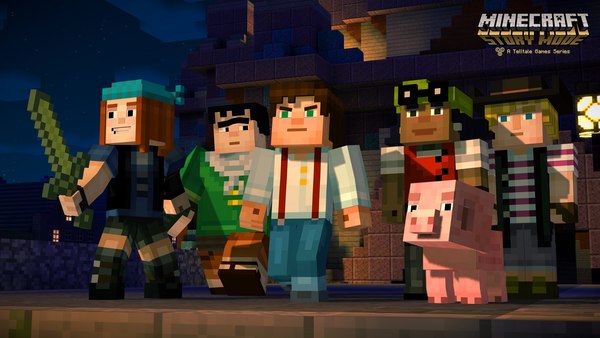 During an interview with The Verge, Telltale Games announced that Minecraft: Story Mode will be coming to the Wii U, in addition to it being available on the Xbox One, Xbox 360, PlayStation 3 and 4, PC, iOS, and Android devices. Minecraft has been an enormous success since the original PC launch on May 17, 2009, and versions of the game have been created on pretty much every modern-day console. However, Nintendo fans never had the opportunity to play the game on a Nintendo platform. This will be the first Minecraft-based title to ever debut on the Wii U.

Minecraft: Story Mode follows a young man named Jesse, and tells the story about how him and his friends try to save the world from complete annihilation. The voice cast includes several recognizable stars, including Ashley Johnson (The Last of Us), Corey Feldman (The Goonies), Billy West (Futurama), and Paul Reubens (Pee-wee Herman). If anything, Telltale has some reputable names working alongside them with this project. The first episode of Telltale's newest adventure game is expected to be available by the end of 2015, however, this is just speculation. The beta will be playable at PAX Prime this weekend.