Minecraft is Launching on Nintendo's Wii U 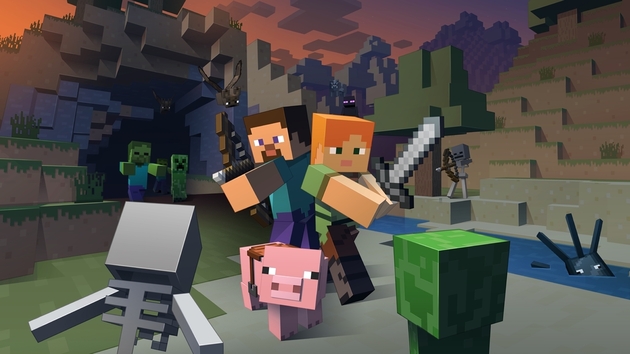 ​
Minecraft, one of the best-selling games of all time is now planning to make its way onto the Wii U. Since its release, Minecraft has been released to every major platform excluding one by Nintendo. The game has sold over seventy-one million copies worldwide, so it's no surprise that Nintendo would want a piece of the action. That being said, should we expect anything new or different in the Wii U Edition? The answer is a resounding yes!

One improvement that will be introduced with the Wii U edition of Minecraft will be off-TV play which allows for the game to be played through the Wii U gamepad. In other words, if a sibling or parent of yours would like to watch something on the household TV, all you have to do is switch over to the gamepad to continue playing. Allowing for gaming on the go so that you can keep crafting and mining even if you're not connected directly to a TV screen. Obviously, Nintendo and Mojang had a younger audience in mind when implementing the off-TV play feature. Alongside the off-TV play feature, Nintendo and Mojang are planning on releasing future DLC’s for the Wii U Edition of Minecraft according to a press release made today. We should be hearing more about that at a later date.

Looking to play with friends? The Minecraft Wii U Edition will also feature split-screen play! You'll be able to connect with up to four friends locally, however, it will require you own an HD TV to play split-screen. Players can also look forward to experiencing online play with up to eight of their friends.

Minecraft Wii U Edition can be bought from Nintendo's eShop for $29.99. If you're not interested in purchasing Minecraft Wii U edition digitally, it will be released on disc at a later date that Mojang has not yet confirmed.

The following content is included with the purchase of the game:
For additional content, you’ll have to pay unfortunately. Here’s a list of all purchasable content that can be bought from the Nintendo's eShop:
To be released December 17th.