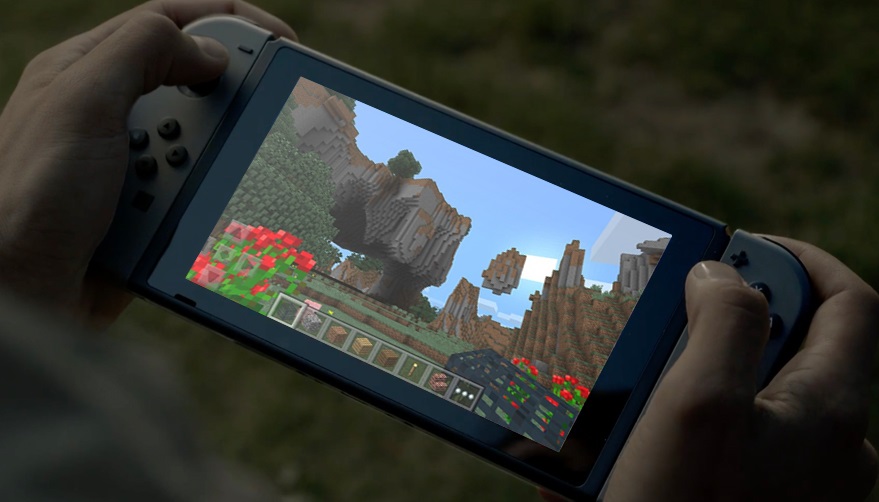 ​
Nintendo has announced that Microsoft's Minecraft will launch digitally for Nintendo Switch on May 11, with a physical release coming "at a later date." The Japanese publisher confirmed the news in its most recent Direct stream, in which Splatoon 2 and Arms also got release dates of July 21 and June 16, respectively.

Nintendo also confirmed that the Switch version will support both online and local multiplayer. Eight players can play together online, while up to four can craft at once on the TV in split-screen or in tabletop mode.

In addition, Minecraft's Super Mario mash-up pack will also come to Switch, allowing you to explore blocky versions of Mushroom Kingdom-themed worlds alongside characters such as Luigi and Waluigi.

This Switch edition is seemingly being handled by 4J Studios, the developer that previously brought Mojang's PC version of Minecraft to Xbox 360, PlayStation 3, Xbox One, PlayStation 4, PS Vita, and Wii U. Telltale's narrative-driven adaptation, Minecraft: Story Mode has also been confirmed for Nintendo Switch, meanwhile, though we don't yet know when that is due out.

Microsoft recently revealed that some versions of Minecraft will get a new marketplace where you can buy user-generated skins and maps, among other items. That store isn't coming to Switch, however, as it is limited--for the moment at least--to the PC and mobile editions.