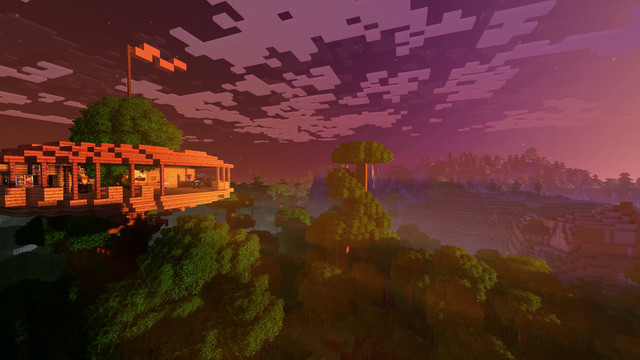 Nintendo Switch owners will have to wait

Minecraft’s Better Together update, which brings cross-platform play to the game for the first time, is now available on numerous devices — although players outside the Microsoft, Apple and Google ecosystems will have to wait.

Microsoft and developer Mojang released the Better Together update today on mobile devices, virtual reality headsets, Windows 10 and Xbox One. On those platforms, where the game runs on Mojang’s Bedrock Engine, it is now known simply as Minecraft — no colon, no “Pocket Edition” or anything.

“Our general rule of thumb is that if a version can play together with the others, it’s called Minecraft,” Mojang said in an FAQ for the Better Together update. Versions of Minecraft that do not support cross-platform play, such as its original Java-based Mac/PC release and its Wii U version, will retain their “Edition” subtitles.

For now, that will continue to apply to Minecraft: Nintendo Switch Edition. The Better Together update is coming to Switch, but it’s not ready yet. Mojang is “hoping to be ready to release Minecraft on Switch sometime this winter,” according to a Microsoft spokesperson. There are currently no plans to bring the Better Together update to the New Nintendo 3DS version of Minecraft, which debuted last week.

“We’re working really hard with our partners at Nintendo to accomplish cross-device connectivity that is yet unprecedented in the history of gaming,” Mojang said of the Switch version in the FAQ. “This is very exciting work, but introduces lots of complexities to the development process.”


Sony is the lone holdout when it comes to cross-platform play on consoles in Minecraft. It didn’t seem likely coming out of E3 2017, with Xbox head Phil Spencer taking umbrage at a Sony executive’s suggestion that Microsoft might not be able to ensure the safety of young Minecraft players. But Matt Booty, corporate vice president at Microsoft Studios, said in a recent interview with Mashable that the two companies are working on a solution.

“Sony is a good partner and they are working with us on this,” Booty told Mashable. “We would probably like it to happen a little bit sooner, but I feel positive about being able to make this work.”

In addition to introducing cross-platform play, the Better Together update makes Minecraft Marketplace purchases available on consoles for the first time. (This content was exclusive to the game’s Pocket Edition and Windows 10 Edition until now.) Any items purchased on one platform will be accessible on others — the content is tied to your Xbox Live account. As for the previously announced support for 4K resolution and high dynamic range (HDR) color, that feature will arrive later this fall, presumably around the Nov. 7 launch of the Xbox One X.

The Better Together update is downloadable now for people who own a digital copy of Minecraft. However, people who bought the Xbox One version on disc will need to have played at least five hours of the game in the past 12 months, or must have purchased an add-on for it, in order to get the update. (“The five-hour requirement is designed to help us separate real accounts from fake ones,” said Mojang.) If you have a physical copy of Minecraft: Xbox One Edition but don’t meet either of those requirements, you have until Jan. 30, 2018, to change that.