Mighty No. 9 - The Legend of the Blue Bomber Lives On 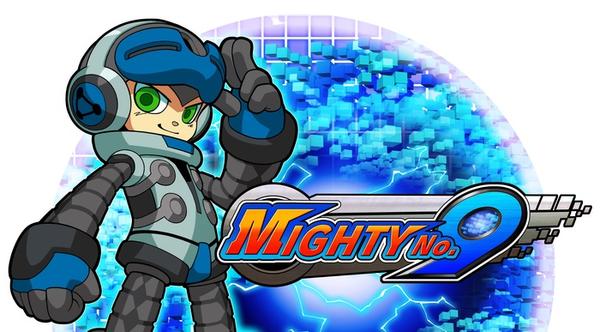 Have you been waiting endlessly for another great Mega Man experience? Wondering what on earth Capcom is doing, completely failing to bring us a new run with the legendary Blue Bomber? I don't blame you, as they have consistently managed to cancel every noteworthy Mega Man game in production this far, and it doesn't look like they are going to come through with anything of the sort any time soon. But fear not, there is still hope! Former Capcom golden boy and one of Mega Man's original creators, Keiji Inafune, is hard at work with a game that without a doubt can be seen as the new generations spiritual successor of the old classic.

Inafune is the genius behind some of the greatest and most iconic video game franchises in the industry, titles like Dead Rising, Duck Tales, Phoenix Wright and Resident Evil should be familiar to most. After leaving CapCom and starting his own company, Comcast, he might be on to a new blockbuster. At last years PAX Prime he announced his plans to make Mighty No. 9, a side scrolling action platformer, and asked for support via Kickstarter. The game surpassed the $900 000 goal in no time, and reached a staggering $3.9 millions before the month was over. All this extra funding allowed the team at Comcast to add a lot of extra features, including a challenge mode, extra stages and bosses, a new game plus and turbo mode, special online co-op stages, a support character, online battle race mode and more. Not to mention Mega Man 2 composer Takashi Tateishi has signed on create the soundtrack. They are still gathering funds, and if their new goal is met, the game will be enhanced with English voice acting. On PAX Prime yesterday they finally announced that the game is finished to a point where as the Beta could be opened up, everyone that backed it with $80 or more would receive a key. To those not allowed in on the fun quite yet, don't worry. Steam Early Access will let you have a go soon enough, most likely before the end of this year.

So what kind of game is Mighty No. 9, you might ask? Well, it is not Mega Man, but it fairly close in most aspects. If you are familiar with the original, you will have no problem spotting this. Robots across the world have been infected with a virus and gone mad. Beck, the playable character is one of the few robots that is still unaffected by this, and must defeat the other Mighty Numbered robots and their minions. Beck gains new weapons by defeating bosses, and players can swap between special parts like spring-loaded hands or magnet arms to help overcome obstacles. Shooting enemies a couple of times will stun them, charging them will capture their energy. Call is the name of Beck's partner, she was added to the game with Kickstarter funds and chosen by fans. She was revealed in September and does not have the human characteristics Beck has, she is just a robot. Look forward to some awkward moments in dialogue.The game was initially intended to launch on PC only, but after blasting through benchmark after benchmark it will now be available for Mac,Linux, PS3, Xbox 360,Wii U, PS Vita, 3DS, PS4 and Xbox One.

The team is combining the old-school with today's generation of technology and hardware capabilities, and it is more of a fast paced experience this time around. All the new possibilities has given them a lot more room to play with features, but also a challenge to turn the game into something this generation of players will embrace. Let us hope they succeed. If you want to see what they have managed to come up with this far, take a look at this video:


​
In true Japanese gaming tradition, Mighty No. 9 might not only turn out to be the next big thing for Comcast in the gaming industry, but they are also aiming to conquer the TV screens. Collaborating with Digital Frontier, an animation studio based in Tokyo, a series featuring Beck is in the making. Here is a teaser for their show:

Will you be waiting on the edge of your seat for this? What are your expectations?