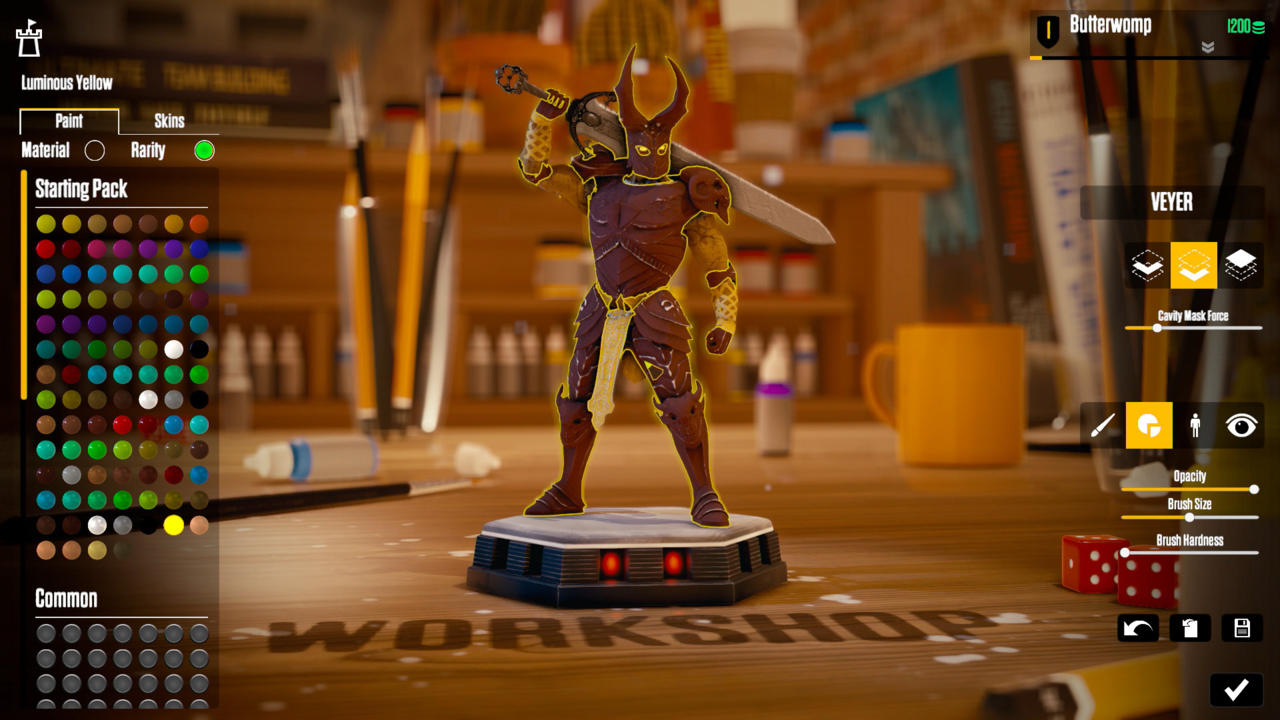 ​
Might & Magic--the long-running fantasy RPG franchise that's taken various forms since its debut in 1986--now has another stand-alone spin-off to add to its deep and varied catalog. Today publisher Ubisoft announced Might & Magic: Showdown, a competitive PvP strategy game that mixes pre-combat tactics with real-time action. An "unfinished" version of the game is now available through Steam's Early Access program for $19.99. Ubisoft has not confirmed a final launch date because, according to producer Philippe Ducharme, the development team plans to use the Early Access period to collect and implement fan requests. During a recent demo, Ducharme stated, "We want the community to decide the right priorities for the game."

Ducharme also explained that one specific portion of Showdown will be free for the first month of the game's Early Access period: the painting workshop. Though Showdown doesn't contain any narrative elements, its presentation frames the entire experience as a tabletop game come to life. Accordingly, characters resemble the collectible miniatures found in games like Warhammer 40,000. These minis are uniformly gray by default, so the painting workshop allows you to customize the color and texture of every little detail.

Though less artistically minded players can simply opt for preset paintjobs, those keen on customization can utilize three different paint modes--full body, section, and brush--as well as three different types of paint and an extensive palette of unlockable colors. The free version of the painting workshop offers up five minis as canvases, but the full version of Showdown includes 20 different characters--seven "heroes" and 13 "creatures."

In combat, heroes function like units in a real-time strategy game: After you select a target for your hero to focus on, he'll automatically execute whatever attack is currently selected, which means you must carefully cycle through your equipped attacks to ensure your hero's never simply sitting around waiting for a cooldown timer to expire. As you progress through the 15 single-player tutorial missions--which later give way to 15 additional challenges--you'll unlock new heroes, new attacks, and new runes--equip-able risk/reward items that buff one stat while hindering another.

Regardless of whether you're using a tank, melee, ranged, or support hero, you direct them all the same way during battle. The creatures, on the other hand, act autonomously during combat but can be programmed to follow custom behavioral patterns. More specifically, you can set up a series of commands that your creature will follow in whatever order you decide. And for each command, you can define a series of conditions that must be met before that command is triggered. 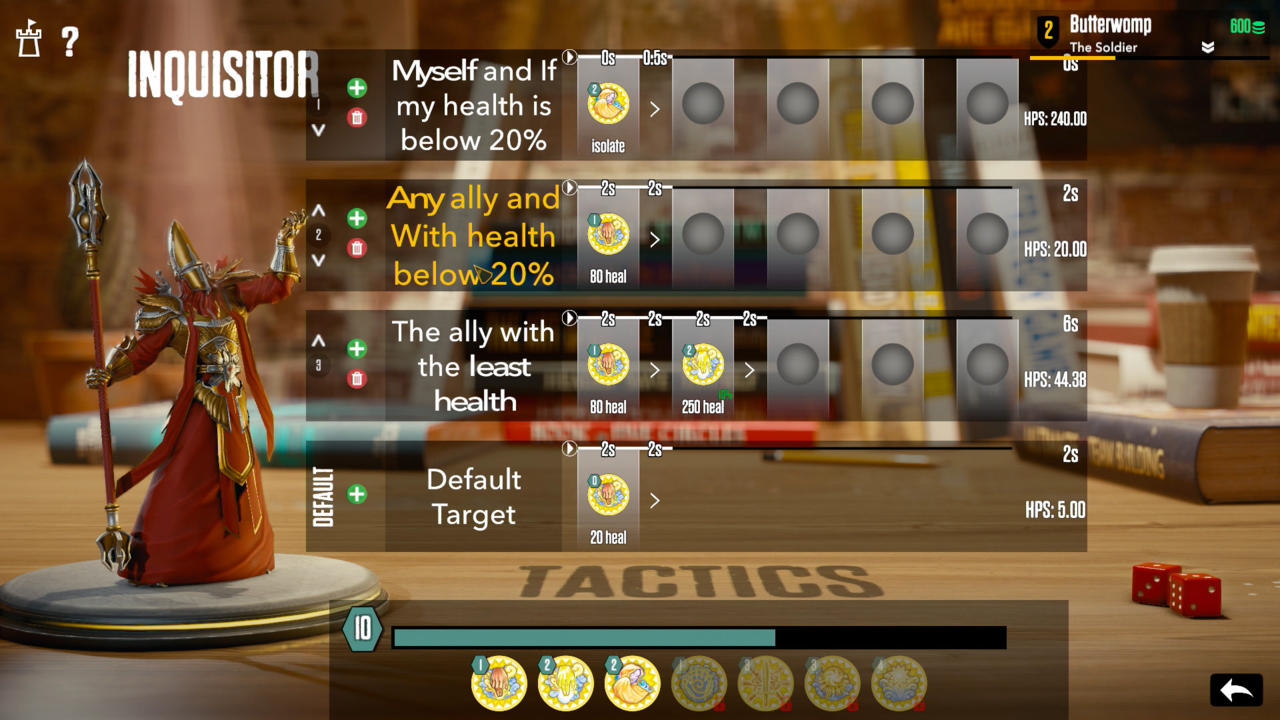 ​
For example, you can make your healer's top priority evasion and self-healing if and only if his own health drops below 20%. If your healer's health remains above 20%, he'll skip that command and enact his second priority instead (assuming any conditions associated with that command are met). Using this approach, you can create a sophisticated series of operations that hit specific targets with specific actions at specific times. The impressive nuance and complete open-endedness of the system should allow clever players to devise a huge variety of approaches, especially considering how many types of creatures and actions they'll have at their disposal.

While the numbers of creatures you'll take with you into battle varies during the single-player challenges, online competitive multiplayer--the true focus of Showdown--uses a more standard format. Each combatant brings one hero and up to three creatures into the flat, empty arena for a head-to-head battle, during which your previously immobile figurines spring to life despite clearly fighting on someone's desk somewhere. According to Ducharme, online battles will generally last between three and five minutes, and while you can't swap heroes or creatures once a match has begun, you will be able to be see which hero your opponent plans to select prior to the fight. 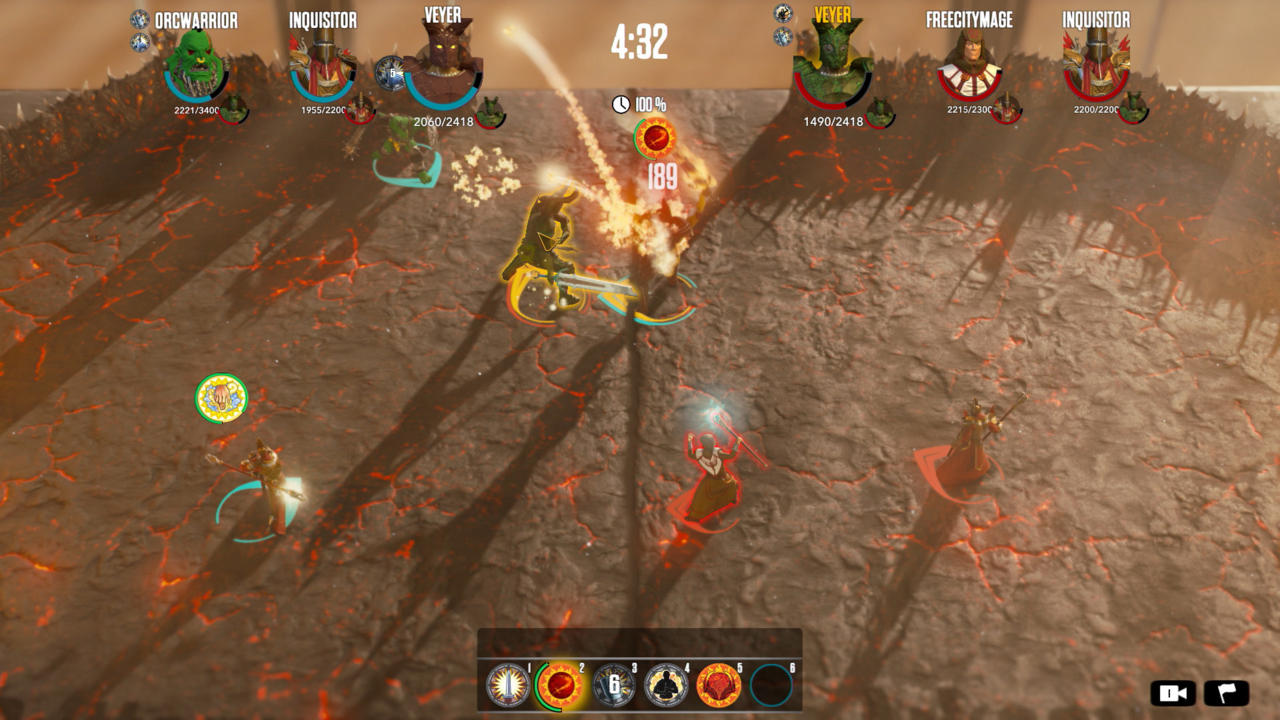 ​
Given that you only directly control one character, matches proved relatively straightforward and almost simplistic during our brief hands-on time with Showdown--though in fairness, we were using a basic melee hero who likely lacks the mechanical nuance of more advanced classes. However, it was gratifying to see our creatures in action after we spent a considerable amount of time tinkering with their behavior. Intelligent pre-planning, it seems, can absolutely win you a match before it even begins, and that's great.