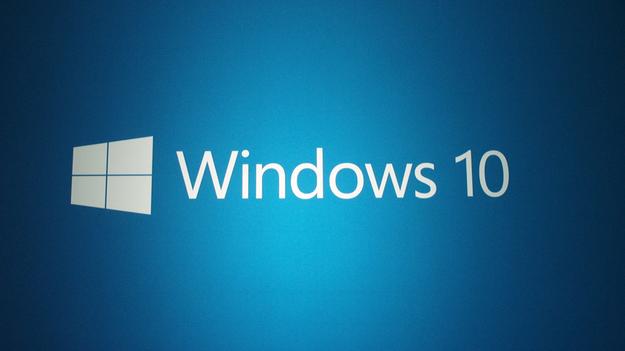 Earlier today, Microsoft held their Windows 10 keynote presentation in Washington. As expected, we have received a barrage of new information regarding projects Microsoft is currently working on. This information includes some general updates on Windows 10, some new features and applications that will be included with Windows 10 when it launches and the platforms that will support Windows 10. We were also informed of new projects that Microsoft is working on such as the HoloLens, a headset that displays holograms which you can read more about in this article.

During the presentation, we had the chance to listen in on some of the new features that we will see with the launch of Windows 10. Microsoft confirmed that a new browser code-named "Project Spartan" will be replacing Internet Explorer as the flagship browser for Windows 10. This confirmation comes after screenshots of Project Spartan were leaked earlier this year. Project Spartan also comes with new features such as the ability to change into a "reading" mode that strips out advertisements allowing for a smoother reading experience and it also comes packaged with the ability to annotate webpages so you can add notes for yourself and the ability to cut out parts of a webpage so you can share them.

Another big announcement that has seemingly been looming was the integration of Cortana in Windows 10. The voice activated personal assistant who is considered Microsoft's equivalent to Apple's Siri is going to come bundled with Windows 10. Cortana was previously only available on Windows Phone 8.1 and the Windows Band meaning this is the first time Cortana will be available on the PC. Cortana is capable of fetching results from the internet, sending emails and checking things like the weather all under voice control. Microsoft also explained that Cortana will be available in 7 different languages to make it so that Cortana is more accessible.

The Windows 10 presentation also came with a lot of news regarding the Xbox One which is to be expected, considering how widely accessible Windows 10 is planned to be. To start things off Microsoft announced that Windows 10 will be integrated into the Xbox One to help promote the idea of applications being available on a variety of platforms. No other information was given to us regarding the subject but Phil Spencer, head of the Xbox Division at Microsoft explained that more news will be released during the Games Developers Conference in March. Spencer also went on to say the following.

We won't see people using Excel on the Xbox, but Microsoft is making it easier to port experiences from PC over to Xbox where they make sense, We'll treat gaming on Windows 10 with the same passion as we've put into the Xbox console.
Click to expand...

Phil Spencer still had a lot more to talk about regarding the Xbox One and Windows 10. He went on to announce that Windows 10 will usher in the ability to stream games from your Xbox One to your PC and tablet. He explained that you will just need to sync any Windows 10 device (excluding Windows Phones) to your Xbox One. As of now, no indications were given as to what limitations may come with this such as game compatibility. Phil Spencer closed off this announcement much like the the Windows 10 Xbox One integration announcement saying that more information will be given to us in March at the Games Developers Conference.

Another little thing Phil Spencer touched on during the presentation was the release of a Xbox app for Windows 10 devices. The Xbox app will be very similar to the SmartGlass app we currently have. It will feature the ability to view your friends list, view all of your games and achievements and view all of your saved DVR clips from your Xbox One. The Xbox app will also allow users to record footage on their Windows 10 device much like how you can record clips on the Xbox One.

Phil Spencer also teased viewers just a bit by wearing a Battletoads themed shirt on stage. He never mentioned Battletoads during the actual event but it does add a bit more mystery into the speculations of a new Battletoads game after Microsoft renewed it's license for the franchise late last year. Microsoft also announced a new Fable game called Fable Legends that will be available for purchase on both the Xbox One and PC's running Windows 10. Fable Legends will also support cross-play between the Xbox One and PC.

What is your opinion on Windows 10 and all of the new features it comes bundled with? Leave your thoughts below!