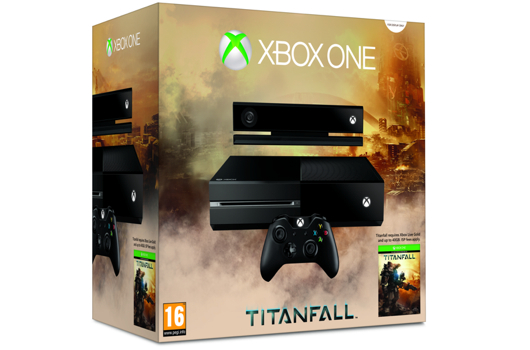 With the release of eagerly anticipated Titanfall on the horizon, Microsoft have released details today suggesting that they will be bringing out a limited edition Xbox One bundle, including the exclusive game Titanfall for free. Not only that, Microsoft have also released that the UK console will be reduced in price and will be available to buy for £399.99, however, the bundle overall will be cost the same amount as the original Xbox One, varying around £450-£499. The bundle will be launching across Europe and America on May 11th, but remember, don't leave it too late to pre-order as they're limited edition so they'll be soon gone!

Microsoft have included all the basic requirements which would usually come with the slightly more overpriced console, this includes a standard black Xbox One, the Kinect, a wireless controller and the wired headset. However, as an extra treat to all those who still haven't made up their minds regarding which next generation console to buy, Microsoft have included a download code for the upcoming game Titanfall, which is priced at the sole value of £46.99. Also, they have added a free one month Xbox Live code for all those gamers who are desperate to conquer the online worlds of Titanfall which have been regarded as simply amazing.

"To celebrate the launch of Titanfall, we wanted to do something special. For those of you who are already fans of Xbox One, we hope this will encourage more of your friends to join you on day one for Titanfall on Xbox One. If you’ve been waiting for the biggest game of the generation before purchasing your Xbox One, this special, limited time offer is perfect for you."

It is also rumoured that Microsoft will be releasing an Xbox 360 bundle for Titanfall, however it is yet to be confirmed by the company.