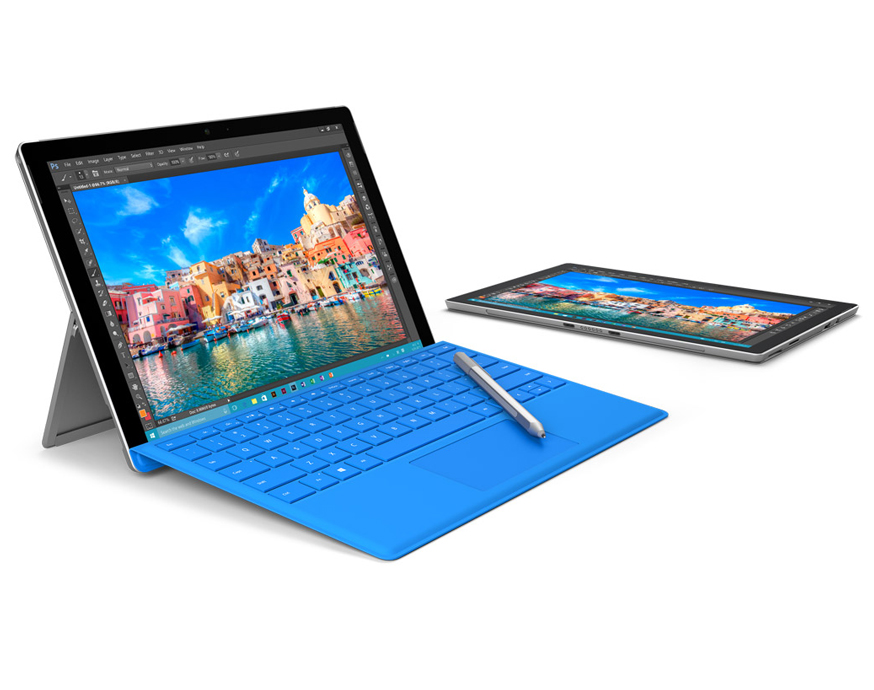 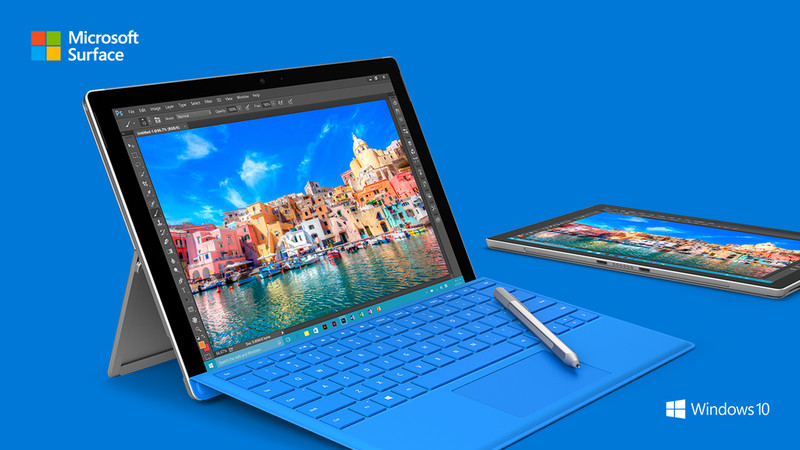 ​
At Microsoft's Windows 10 event today, they have unveiled the newest addition to their line of laptop-tablet hybrids. Dubbed the Surface Pro 4, the device will come with many impressive features, namely its 6th Generation Intel i7 processor, 1TB of SSD storage, and 16GB of RAM. In addition to its improved hardware specs, the Surface Pro 4 will also have a 12.3" (31.24 cm) screen display, utilizing technology known as PixelGlass to fit five million pixels on the entire screen. Included within the 8.4 mm frame is a new hybrid cooling system to make sure the device stays at optimal temperatures both inside and out.

The Surface Pro 4 has also received a redesigned keyboard and layout. The spacing between each key has been reformatted and is labeled a laptop class keyboard. The stylus will feature improvements to its pressure sensitivity, considerably long battery life, and a way to store it magnetically to the tablet when it is not in use. There will also be a button on the stylus to toggle voice detection, making it possible to issue commands to Cortana with ease. Furthermore, there will be two cameras on the device: a 5.0 MP front-facing camera and an 8.0 MP rear-facing camera. For models in the U.S. only, there will also be a fingerprint reader for added security.

Microsoft claims that their new Surface Pro 4 will be their thinnest and most powerful handheld device, with many other aspects of it receiving tweaks to make it as thin and light as possible. From the screen to the keyboard and cover, every part has been modified to reduce the weight and size, along with increasing the processing speed.

There will be many options to customize the hardware inside of the Surface, including additional processors, different SSD storage spaces and lower amounts of RAM.


​
The Surface Pro 4 is available for pre-order and will be starting at $899. It will be released on October 26th of this year.