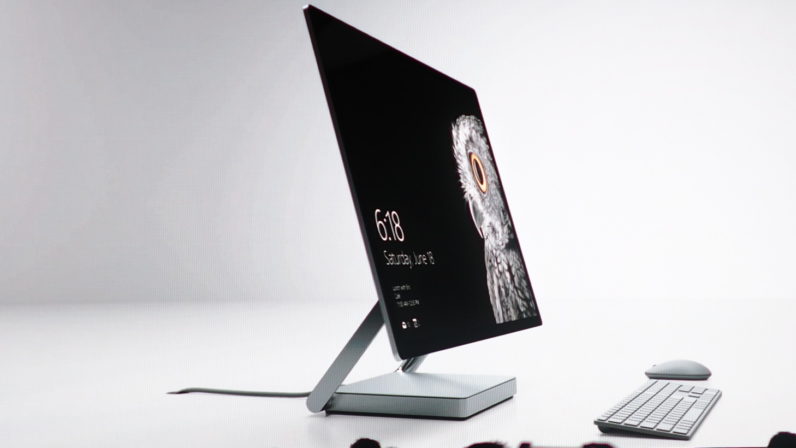 Today during Microsoft's Windows 10 event, the company announced the newest Surface device, the "Surface Studio" PC. It's meant to "transform the way you work," according to executive lead Panos Panay.

Its LCD monitor is 12.5mm wide, which is the thinnest ever made, Panay said. The screen, which is touch-enabled, is 28 inches. It sports 13.5 million pixels, which is 63 percent more than 4K. Additionally, it comes with built-in wireless support for Xbox controllers, Panay said.

Additionally, the computer features a new control input of sorts called the "Surface Dial." It allows the user to scroll through pages or make other selections. The Dial will also support some previous Surface devices, Panay explained.

The Windows 10 event is ongoing; watch the livestream here.

Microsoft also today announced the Windows 10 Creators update, which comes out for free in spring 2017. Additionally, the company revealed a new Surface Book device, the Surface Book i7. It features a quad-core i7 processor, 1.9 teraflops of performance, and 16 hours of battery life. The "top-end" product launches in November; pricing has not been announced.


With the new Surface Book i7, there's no limit to what your laptop can do. #MicrosoftEvent pic.twitter.com/FhkCPkiDym