Metal Gear Survive: Can the Series Survive Without Hideo Kojima? 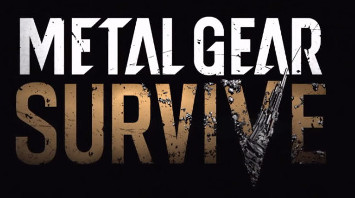 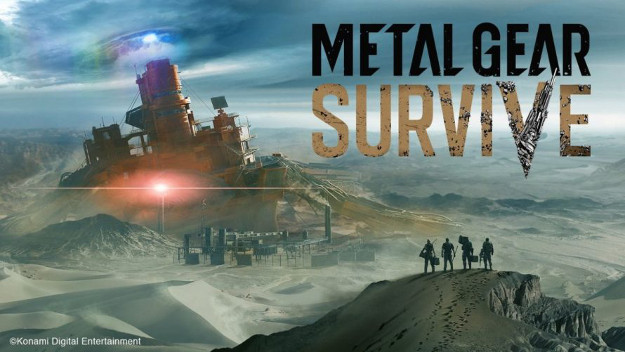 Konami has released a teaser trailer for a new Metal Gear game, Metal Gear Survive. It'll be the first entry in the series without famed director and designer Hideo Kojima.

​
At Gamescom, Konami described the gameplay as "4-player co-op stealth", set in an alternate universe. A series of wormholes appear at the conclusion of Metal Gear Solid 5: Ground Zeroes, during the destruction of Mother Base. Various pieces of the base - and its personnel - are sucked through the wormhole and into a sparse, desert environment. The Metal Gear universe has never been an drab and ordinary place, but interdimensional wormholes may be a new high-water mark for the series' strangeness. Have a look.​

​
The harsh environment will be "full of massive half-formed structures, living biological threats, and the remains of a once-strong military force", according to Konami. The fast-paced trailer doesn't show much stealth or much co-op, but we get a few looks at some of those biological threats, throwing themselves against a fence, not unlike prototypical zombies. There's also a few quick glimpses of a team of four heroes on the safe side of the fence.

The big question hanging over this announcement has nothing to do with what is or isn't in the trailer - it's who's involved. Or not involved. Legendary series creator and creative director Hideo Kojima parted ways with Konami in late 2015. Metal Gear Survive will be the first game in the series - which dates back to 1987 - made without his input. Konami has promised players that this will be very much a Metal Gear game and not to worry. According to Eurogamer, however, the company ducked any questions regarding Kojima and if any part of the game was in design or development before his departure.

The other question is more philosophical: could this turn out to be a good game despite Kojima's absence? With the game taking place in an alternate universe, anything's possible. It's not Kojima's universe any longer. Had the game been developed completely devoid of Metal Gear references and influences, might gamers give it a better chance of success? Some feel that only Hideo Kojima could create a Metal Gear game, therefore this just can't be any good.

On the other hand, cooperative stealth brings back fond memories of Left 4 Dead and its relentless horde of noise-sensitive zombies. "Stick together to survive" was an early piece of in-game advice, and it might well apply here as well. It's hard to imagine 4-player stealth without close cooperation.

Metal Gear Survive is scheduled for release in 2017 - no more precise schedule was announced. It will be available for PC, Playstation 4, and Xbox One.