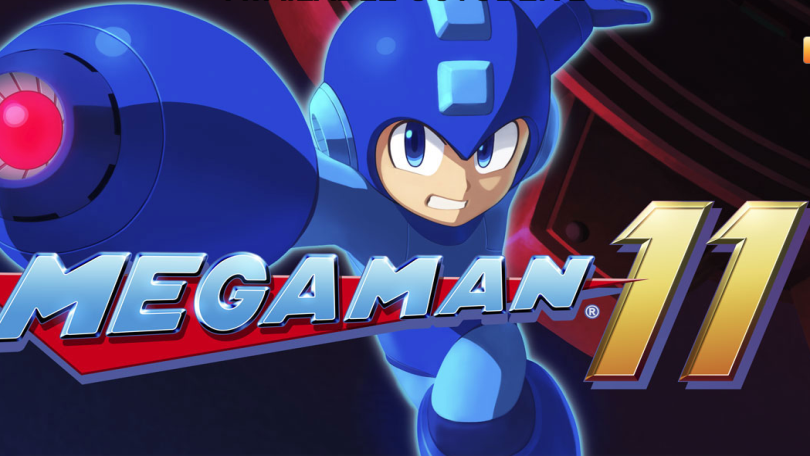 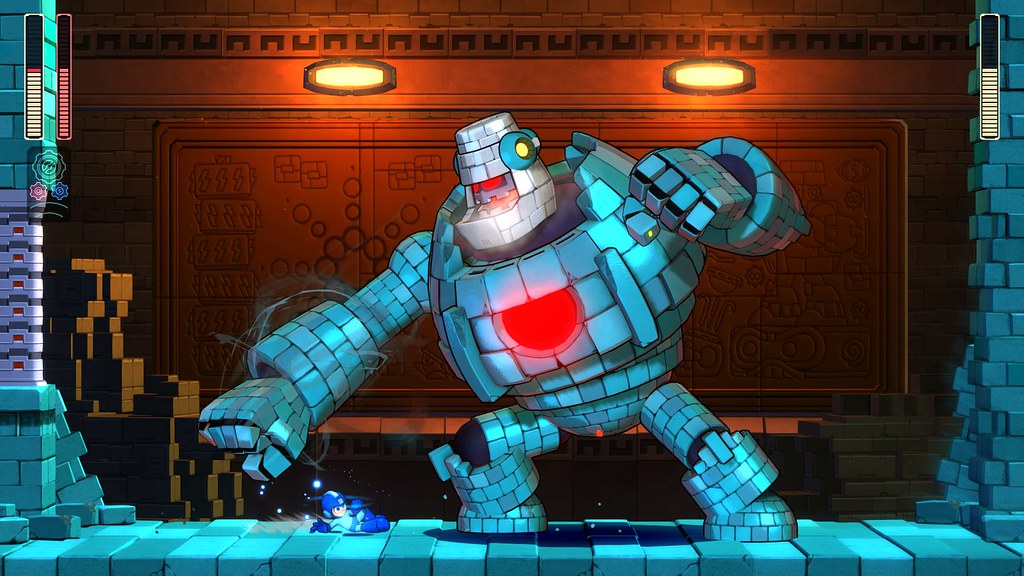 Capcom's Mega Man series is ready for its comeback with the release of the newest installment for the classic series. Coming October 2 to PC, PS4, Xbox One, and Nintendo Switch, Mega Man 11 brings back the old-school incarnation of the Blue-Bomber as he takes on another set of Robot Masters--all of whom have some new tricks up their sleeves for the leading man to inevitably take for himself. While the fairly recent Mega Man 9 and 10 kept the traditional 8-bit style, 11 shows off brand-new 2.5D visuals that give a more unique presentation--while still channeling that same retro charm. We recently had the chance to go hands-on, and fans of classic Mega Man will finally have a worthy follow-up for the legendary series after such a long wait.

Mega Man 11 brings back a number of developers and artists who worked on the original games for the series' return, which aims to balance that classic style with some more modern mechanics. Much like its predecessors, Mega Man and his allies Roll, Dr. Light, and Rush do battle with the persistently nefarious Dr. Wily as he plots to take over the world--again. This time around, the Mad Scientist has stolen experimental robot upgrades from the Robot University to power up his cyborg lieutenants, making them more dangerous than past villains. However, Mega Man has got some new skills of his own, boosting his trademark shoot and jump abilities as he takes out each of the Robot Masters one by one.

​
Based on our hands-on time with the game, playing through the Block Man and Fuse Man stages, it all felt like a familiar, yet still fresh revisit to the old-school series. Though the game's new visuals are a departure from that 8-bit look---which may draw the ire of purists--Mega Man 11's new 2.5D aesthetic not only retains that same structure and feel of the classics, but the upgraded graphics also present a far more detailed and vivid look. Showing off a number of in-jokes and nods to current bosses, such as Block Man's stage showing off hieroglyphics dedicated to his accomplishments, there's a much stronger sense of personality and tone throughout each level.

As is the tradition with Mega Man games, you'll work your way through several levels shooting robots and jumping over tough obstacles to face-off against the stage's unique boss. During these battles, you'll have to use their weaknesses against them to defeat them and gain their powers--which also earns Mega Man a new costume that matches the style of the power-up. Moreover, Mega Man can call upon his allies, such as the cyborg hound Rush, to make use of gadgets to reach secret areas and hard-to-reach spots.

While that classic formula is intact, Mega Man 11 also includes four unique difficulty levels--Newcomer, Causal, Normal, and Superhero--to ease in fresh players and vets alike. As the name implies, Newcomer mode lets players not accustomed to the series play through the game with some light challenges. This setting also allows players to overcome deadly pitfalls with the help of Mega Man's flying-ally Beat, preventing death from those hazards entirely. The hardest difficulty, Superhero, offers the game's toughest challenge, with Mega Man only able to sustain a few numbers of hits before dying.

​
The biggest change to the gameplay is the Double Gear system. At any time, Mega Man can activate two special power-ups that can amplify his attack strength or his overall speed. The Power Gear will increase the effectiveness of his blast attacks--offering faster energy shots and even a double charge shot--while the Speed Gear slows down time, allowing the Blue Bomber to evade projectiles and make challenging jumps with ease. When you're low on health, you'll be able to activate both gears at once to enter a powered up state that restores some of Mega Man's health. Overuse of these skills, however, will cause Mega Man to overheat, preventing him from using any of these buffs for a short time. This can be especially bad during boss battles or some tricky platforming sections that require some extra precision, leaving you at a loss.

This added mechanic may seem a bit unnecessary, especially when paired with the time-tested formula of the Mega Man series, but it surprisingly adds a new layer of strategy to many of the smaller engagements, along with the bigger set-piece platforming and boss battle scenarios. During one section during Block Man's stage, the speed buff came in handy trying to maneuver past his many traps. As more of a risk-reward system, it's usually most effective when used sparingly. With that said, purists can rest easy knowing that the developers made a point of allowing players to finish the game without having to use any of the special buffs. But they do help when things get tough.

Mega Man 11 looks to have its heart in the right place when it comes revisiting the old-school series. It feels more like a natural evolution of the classic, side-scrolling action of the original games, while still showing off what some modern flair can do for the series. With its release coming October 2, fans of the franchise--which seemed like it couldn't catch a break for a long time--will finally be able to play through the next installment that's focused on bringing Mega Man back to its roots, while still showing that it's still got the moves to keep up.