Meet Phil Spencer - The 'Gamer' Who Is Now Head Of Xbox 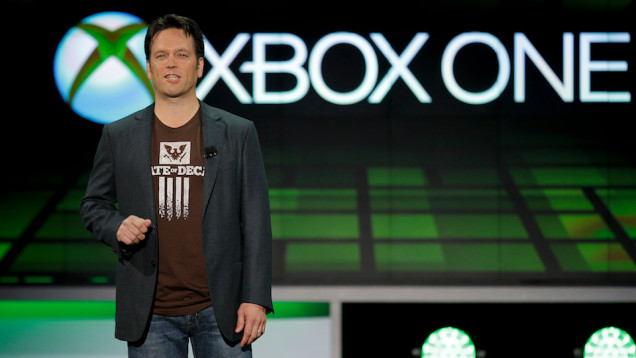 Since its release back in November of last year, Xbox have been causing a lot of controversy regarding the lack of its gaming approach to the new console, avid gamers speculated that Xbox are seemingly becoming more of a tool to surf the internet and connect with friends rather than the most important figure which is gaming itself. However as of today, Xbox have recruited a new guy whom loves playing video games, Phil Spencer believes that his 'gaming background' will help invigourate the new console and help reignite the lack-lustering console.

Spencer spent many years behind the scenes of Microsoft, promoting and working on the next generation console. Throughout the several years of working with Microsoft, Spencer believes that he has become "incredibly enthusiastic" about gaming and that his hopes are to completely revamp the multicomplex console in order to regain the priority which is the gaming factor. As of today, Spencer will be in charge of the entire Xbox team, including Microsoft's game studios, Xbox platform teams and Microsoft's music and video teams.

There seems to be a new state of optimism throughout Microsoft according to Spencer, as he hopes to bring the 'gaming factor' back to the company's gaming assets. "Xbox One is our most important gaming asset to date. [We want to] make sure we're completely focused on that gaming customer, that core gaming fan. Making sure of that, that's what I'm going to bring to this position is a focus on gaming for Xbox One. The entertainment features that we have on Xbox One are important, but those can't come at a cost for what we do for the core gamer."

You may be wondering "why is there such a big fuss about this?" well, as we all know, Microsoft's intentions were to make the Xbox One more of a multifunctional platform, allowing users to participate in other apps such as Skype or the internet, this ultimately took away the gaming experience for some Xbox gamers and shown that Microsoft had no remorse for their gamers desires. With the appointment of Spencer at the hierarchy of Microsoft, perhaps this 'hardcore gamer' might just bring back the gaming factor to the Xbox One. Earlier today, Spencer made his intentions clear "The entertainment features that we have on Xbox One are important, but those can't come at a cost for what we do for the core gamer." Maybe this appointment can be the make or break moment for Xbox One, can Spencer turn things around? we can only stay patient and wait what lies ahead.

What are your thoughts on whether the Xbox One has lost its 'gaming factor'? Do you believe that Spencer will be a successful recruitment to the Xbox team? Leave your thoughts below!