Master Chief Bolsters His Amorous Side 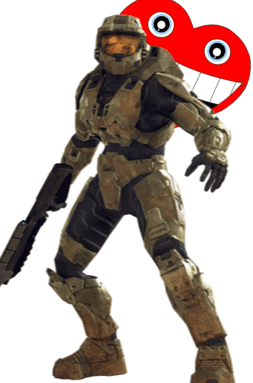 Online relationships are typically referred to as the heretic of romantic affairs in the eyes of many, but recently a marvelous affair spawned from the oddest of meetings can declare itself a gem in its own right. This rare gem may redefine online relationships as a whole, or simply support the fact the growth of technology is affecting more than information. Relationships at their initiations do not always have to be face to face.

Whilst raining explosive ordinance upon oblivious Grunts and combating vicious human loathing Elites, few would guess that Master Chief has the time to play as a catalyst in the relationships of some. An amorous UNSC Space Marine is one of the many titles Master Chief can post proudly onto his refrigerator back home. The Halo franchise played matchmaker for a fortunate man and woman which, as of late, recently took their relationship to the next level.

Essentially a testament to the will of love, a couple of two that met in a Texan airport this March can pay their respects to Halo due to their fateful meeting in a Halo Xbox Live lobby five years ago. Almost immediately becoming best friends, the two eventually escalated their friendship into an online romance two years before their physical meeting. As digital embers flew between the two over the course of two years, they inevitably and gladly met in a Texas airport. Many beared witness to the the uniting of these two lovers was a "hit out of the park," as Cadynow, the alias of the female in the relationship, declares she's happily in love with her fiancee who is currently residing in Tennessee. A reunion is planned for the duo in August as is a rumored Halo themed wedding for the couple. 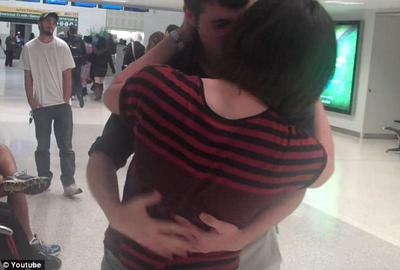 A magnificent union solidified with a kiss.​
Albeit this being an odd piece of news for Se7ensins, what are your feelings towards the couple? Are you happy for the two and can relate in some sort of fashion towards their endeavors? Or do you feel their relationship is merely an affair that will eventually crumble in the matter of some years? I find it surprising that they met in a Halo lobby, but, as with many things, anything can happen. I also feel that this is a real nice "kick in the face," for those rather critical and disapproving of long distance relationships. As we stride further into the 21st century and technology incessantly progresses, relationships like this will only increase in number.
Click to expand...