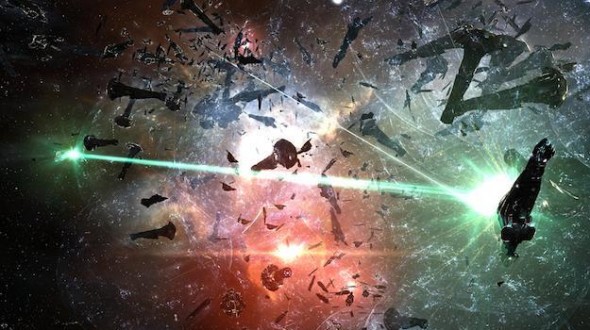 ​
Earlier this day, a massive battle took place on EVE Online that is said to be the largest MMO battle ever! Around 7500 participants joined the battle from a total of 4 alliances - The Pandemic Legion, N3 coalition, the CFC and Russian forces.

You might be wondering why this mega battle took place. Well, it took place because of a very unusual reason; someone forgot to pay the bill that was used to protect a staging ground in an ongoing war between the 4 alliances.

The player who was supposed to pay the bill, James Carl, said that the payment was supposed to go through automatically. Sadly for him and his alliance, the payment did not go through or he simply did not have enough funds to pay the bill. Once the other alliances found out about the mistake made by the other alliance, they decided to attack them to take control of the system.

The resulting battle lasted over 14hours and more than 7500 player participated in it. Over $300,000 worth of in-game items and ship were destroyed and lost forever. Around 100 titans were destroyed (Titans are the biggest ships in the game and can be worth up to $3,000 each). Not only did the destruction represent currency losses, but also time and effort spend building and upgrading ships.

Despite EVE Online having over half a million active players, the server still had issues because of the huge battle. So much so that the developers, CCP, had to slow down the game to just 10%.

In the end, CFC won the battle and gained control of the system. For now, this epic battle is named The Battle of B-R5RB.

Quote from Kotaku about Titans.

Why are Titans such a big deal, aside from being, well, big? They "take thousands of man hours to produce, take months to train to fly, and are capable of fitting massive doomsday weapons that obliterate lesser ships with a single volley." The defeat of a Titan is a major event in an EVE battle, and a significant setback to the alliance that loses one. In this case, Cluster**** Coalition and its Russian Coalition allies lost 16 and won. The N3 Coalition and Pandemic Legion lost 59
Click to expand...

Video of the battle