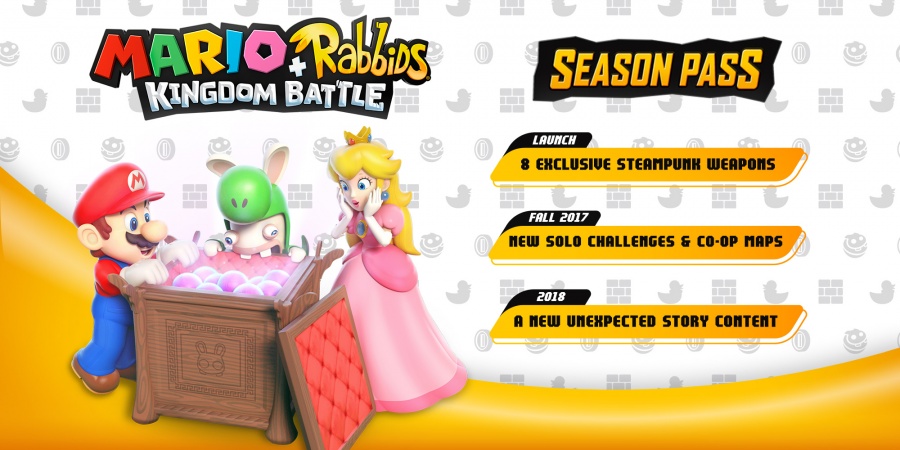 Ubisoft has announced a new multiplayer mode for Mario + Rabbids: Kingdom Battle. It's focused on PvP, allowing you to play the Nintendo Switch title locally against your friends--with a single Joy-Con each--for the first time. The mode launches as a free update on Friday, December 8.

The new mode is completely distinct from the main game, with separate character builds, an overhauled movement and attack system, different rules regarding team selection, and bespoke maps. As opposed to the main game's movement and attack structure, the new mode introduces a ticket-based system in which your team can collectively only move, attack, or use an ability three times in a turn.

There are also a number of item boxes littered around each map containing tickets for extra movement, additional attacks, or more ability uses, or different power-ups such as damage bonuses or increased chances of your attacks having super effects.

The new mode isn't the first DLC that's come to the strategy game. The last Mario + Rabbids DLC pack launched in October introducing new Ultra Hard Challenges, while a new single-player expansion will arrive next year as part of the game's season pass. The additional content expands on what was already an accomplished game, which we awarded a 9/10 in our Mario + Rabbids: Kingdom Battle review.

"Mario + Rabbids: Kingdom Battle exudes off-beat optimism that never dissolves," wrote our critic, Edmond Tran. "It's a consistent delight, no matter how challenging the road becomes, because Kingdom Battle's unique turn-based tactics system is in every way a pleasure to engage with. Coupled with the annoyingly infectious allure of Rabbids, and the always delightful, colorful world of the Mushroom Kingdom, Mario + Rabbids: Kingdom Battle is an implausibly engrossing formula that is positively challenging and endlessly charming."