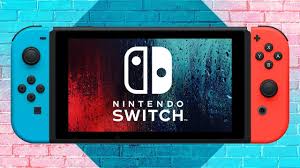 Nintendo has announced the free NES games being added to the library of freebies on Nintendo Switch for people who subscribe to the system's Nintendo Switch Online membership. Available starting March 13 will be two titles: Kid Icarus and StarTropics.

Members in Japan are getting a different lineup of games. According to Gematsu, players in Japan will get Kid Icarus, but instead of StarTropics, they'll receive Yie Ar Kung-Fu and Fire Emblem. It's not uncommon for the NES Switch Online freebies to vary by region like this.

The NES library for Switch Online subscribers launched in 2018 with 20 big-name games, including Super Mario Bros., The Legend of Zelda, Dr Mario, Ice Climber, Metroid, and Donkey Kong. More have been added since, like Zelda II: The Adventures of Link in January and Super Mario 2 in February.

A subscription to Nintendo Switch Online costs $4 USD/month or $8 USD for three months. A 12-month membership is available for $20 USD, while a Family Membership for up to eight Nintendo Account members costs $35 USD for a year. New subscribers can sign up with a seven-day free trial. In addition to free NES games, subscribers get access to cloud saves and online play for many titles such as Super Smash Bros. Ultimate and Mario Kart 8 Ultimate.