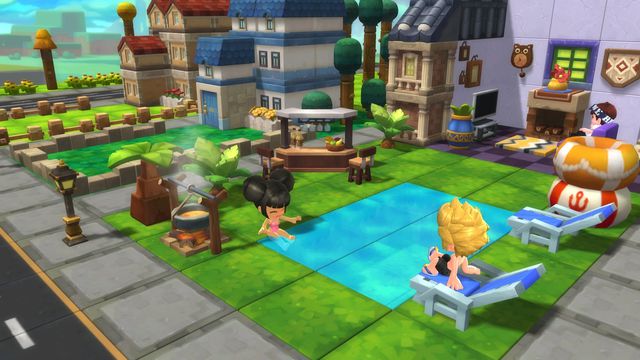 The sequel to MapleStory, the popular side-scrolling 2D online role-playing game, is finally coming to regions outside of South Korea.

MapleStory 2, which publisher Nexon America showed off Saturday in Los Angeles at the fan event MapleStory Fest, ditches the pixelated 2D visuals of the original game for a blocky 3D world, à la Minecraft or Trove. Its class system isn’t as diverse as that of the original game yet, but Nexon said in a news release that MapleStory 2 will be very customizable, from your outfits to even getting to build your own home.

The sequel takes place in the same game universe, the Maple World, and is a prequel to the original MapleStory. You’ll definitely see familiar faces, though they might be a bit different from what you remember.

Fans interested in trying MapleStory 2, which is coming to Windows PC, can sign up for its closed beta here if they’re located in the Americas, Europe or Oceania. There’s also a social media campaign that allows players to unlock exclusive loot (for the beta and for the full release) by sharing certain pages on the website.

MapleStory 2 originally launched in South Korea in July 2015, and is slated to arrive globally soon. The closed beta begins May 9.