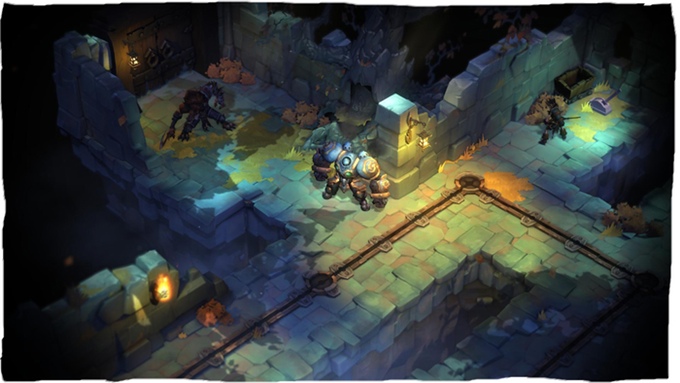 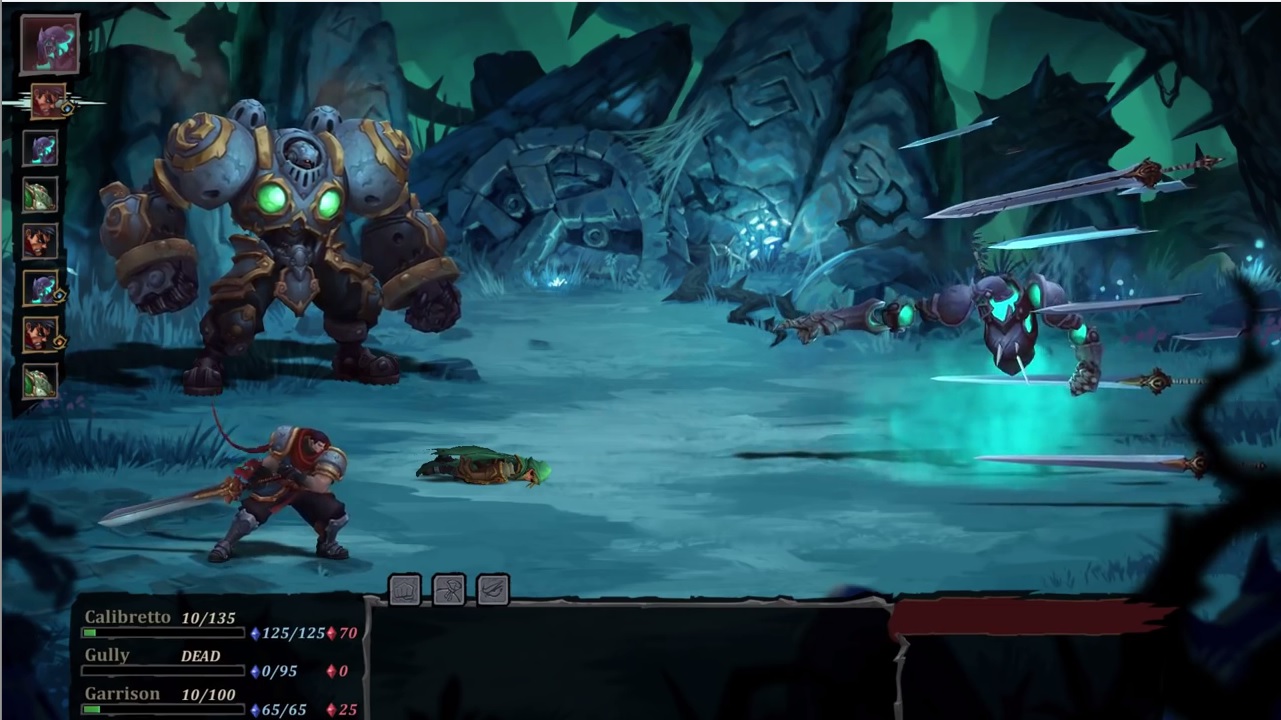 “Oh my god,” Joe Madureira exclaims before pondering the unexpected question for a second. “We knew we wanted it to be some sort of RPG reference, since those are the kinds of games we wanted to work on.”

The co-founder of Airship Syndicate is recollecting the moment when his team hit upon a name for their independent outfit. The RPG inspiration is unsurprising (“Airship was something we loved — the visual image and the RPG flavor of it”), given how big a fan the comic book artist turned game creator is of the genre. Perfect example: upon leaving Marvel Comics in 1997 to co-found comics imprint Cliffhanger, his creator-owned debut Battle Chasers wore its fantasy RPG influences proudly. 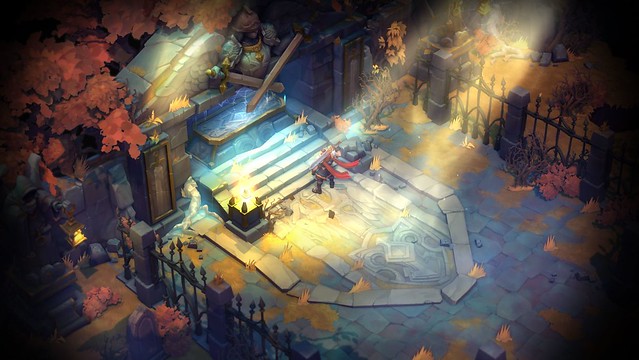 ​
It’s a series and world he left — on a cliffhanger, no less — in 2001. He’d be the first to tell you he wasn’t expecting to return to it 15 years later through the lens of interactive entertainment. “I kind of had the feeling we should be doing something new,” he reminisces. There was a flirtation with doing a Metroidvania side-scroller at first, but ultimately Airship Syndicate settled on an RPG for its first project. Yet the “where” was a lot harder to choose than the “what.”

“The more we worked on it, the more we thought ‘Battle Chasers has a lot of this stuff and is way cooler.'” The creator admits to feeling nervous at the adoption, though accepts that given the series adherence to the classic RPG archetypes, it lent itself perfectly to the genre. In the end, Battle Chasers helped the game’s profile when it launched on Kickstarter last year. “People that had never heard of it thought it was cool. Fans of the book were super-excited it was coming back. So it ended up being a great decision.”

There are odd parallels between Madureira’s two careers. Just as he shifted from one of the biggest comic book companies in the world to co-found his own label, so too did he create a smaller development studio with fellow Vigil Games ex-staffers after it shuttered due to publisher THQ’s liquidation. 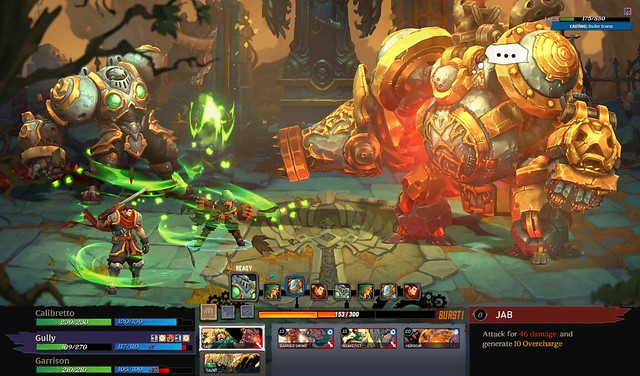 ​
The 12-strong team (backed by a dozen remote contractors) are housed in a small studio. Work’s fluid, creative checks a matter of looking over a monitor and offering input rather than waiting for weekly meetings (“I can literally see you doing it right there. It’s instant,” Joe says input opportunities). Everybody “wears many hats”, and the unofficial mission statement seemingly boils down to “if an idea’s awesome, we’ll implement it, irrespective of who came up with it.”

Everyone’s free to bring anything to the table, but the need of everyone’s A-game is a constant. Partly because of the near-continual queries by Kickstarter backers, partly due to the team’s own financial investments to get the game ready for its crowd-funding debut. “It keeps you accountable and they remind us on a regular basis that there is a clock ticking here,” the CEO muses. “We want to get the game out as badly as anyone else.”

The title’s pencilled in for a summer 2017 release (“Right now we’ve got all the systems working. It’s just really building content at this point”) and the game’s design reflects the era it’s launching in. Two decades ago it’d have been easy to imagine the finished product being an ode to Diablo hot wired to turn-based battles a la Final Fantasy. Inspirations that admittedly are still coded into the game’s DNA today: gameplay emphasis is on dungeon-crawling and a chess-like combat system. 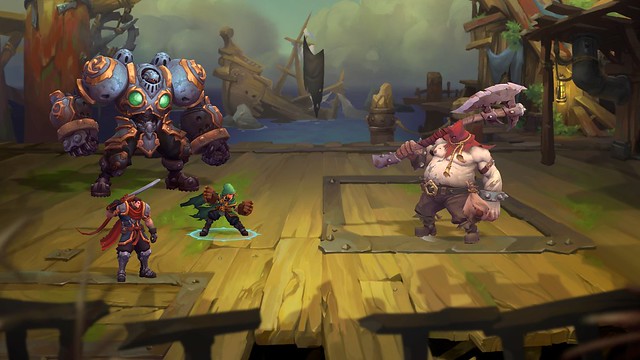 You’ll be able to tinker with your team (three per party from a choice of six characters), craft weapons (there’ll be rare character skin unlockables and Easter Eggs as well) and progress the story (“totally brand new, self-sustained” and set after the comic series). Madureira pegs the tale as a Castlevania-esque fantasy-horror, set on an island overrun by the undead.

With modern day Final Fantasy jettisoning turn-based systems in favor of real-time combat, Nightwar will appeal to those hungry for the classic style of yesteryear. 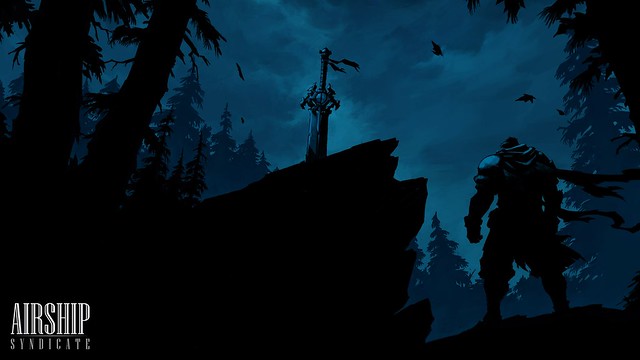 ​
You can count Joe Madureira as one. See it in his character designs (there’s more than a little Cloud Strife in the massive sword-wielding, tortured ex-soldier Garrison), their personalities (Knolan is every cankerous old man D&D wizard, Red Monika a sultry bounty hunter). But none are poor imitations, nor distant echoes of past glories. And as other franchise titans chase the cutting edge by envisioning futuristic wars and homogenising mechanics, a title with strict adherence to the classical genre form could be a welcome throwback.

As the creator himself admits, it comes back to passion. Working on what you love. Madureira briefly ponders the studio name he and the team settled on again. “If you’re not a gamer it’s a kind of weird-sounding company. But whatever. We’re nerdy and we embrace it.”