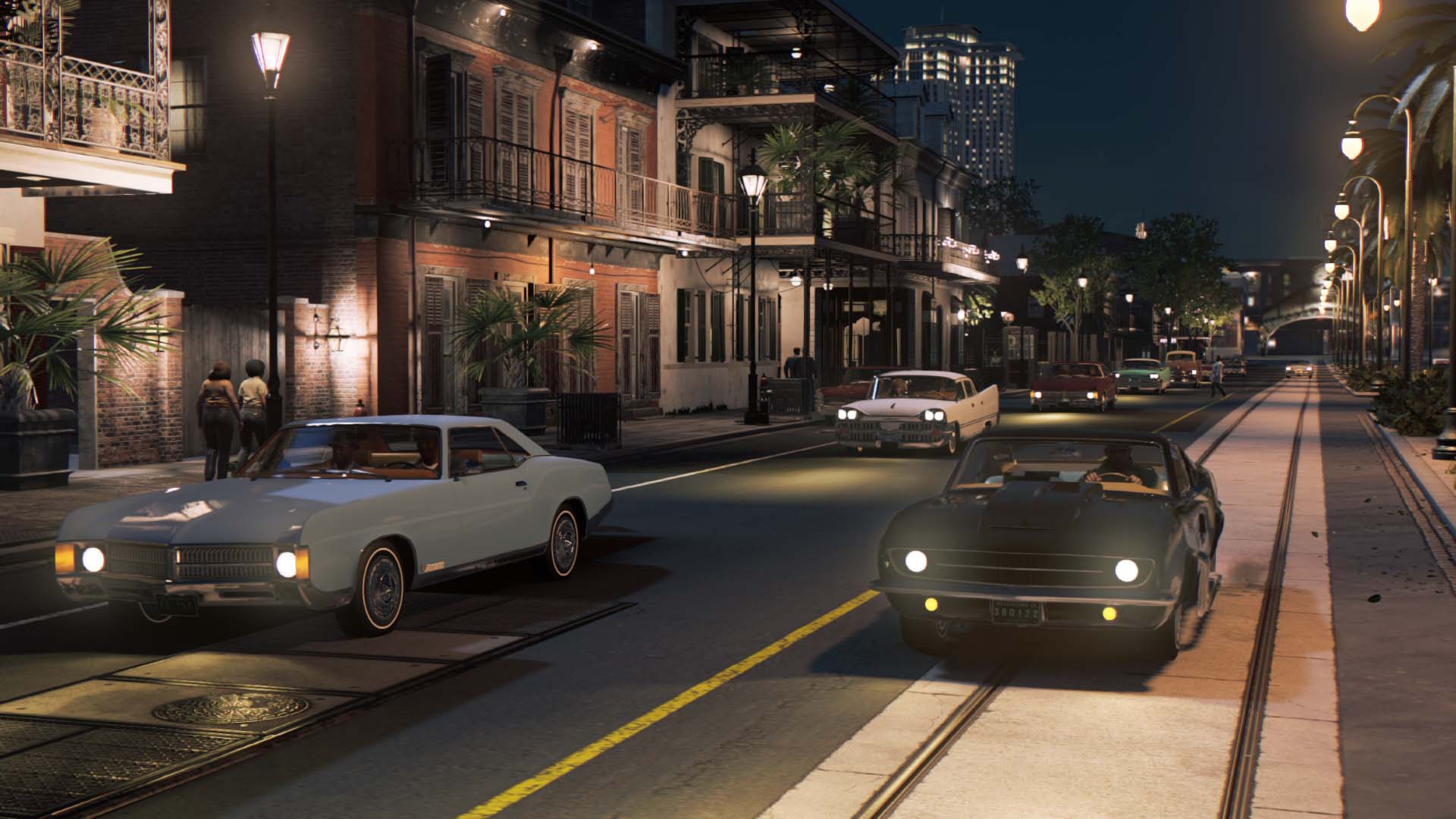 Mafia III's next three story expansions have been teased again, and developer Hangar 13 has now stated when they'll launch.

The first is called Faster, Baby! and will center around "fast cars, dramatic chases, and epic stunt driving." You'll be tasked with taking down a corrupt sheriff in a new area, the outskirts of New Bordeaux. Faster, Baby! will be released by the end of March.

The second DLC pack is titled Stones Unturned. It stars Lincoln, the main game's protagonist, along with a CIA agent called John Donovan. The third content pack, Sign of the Times, will focus on both religion and drugs in New Bordeaux's inner city.

Little else is known about the two latter add-ons, though Hangar 13 says it is aiming for release dates of May and July 2017, respectively. Take a look at the full roadmap below. 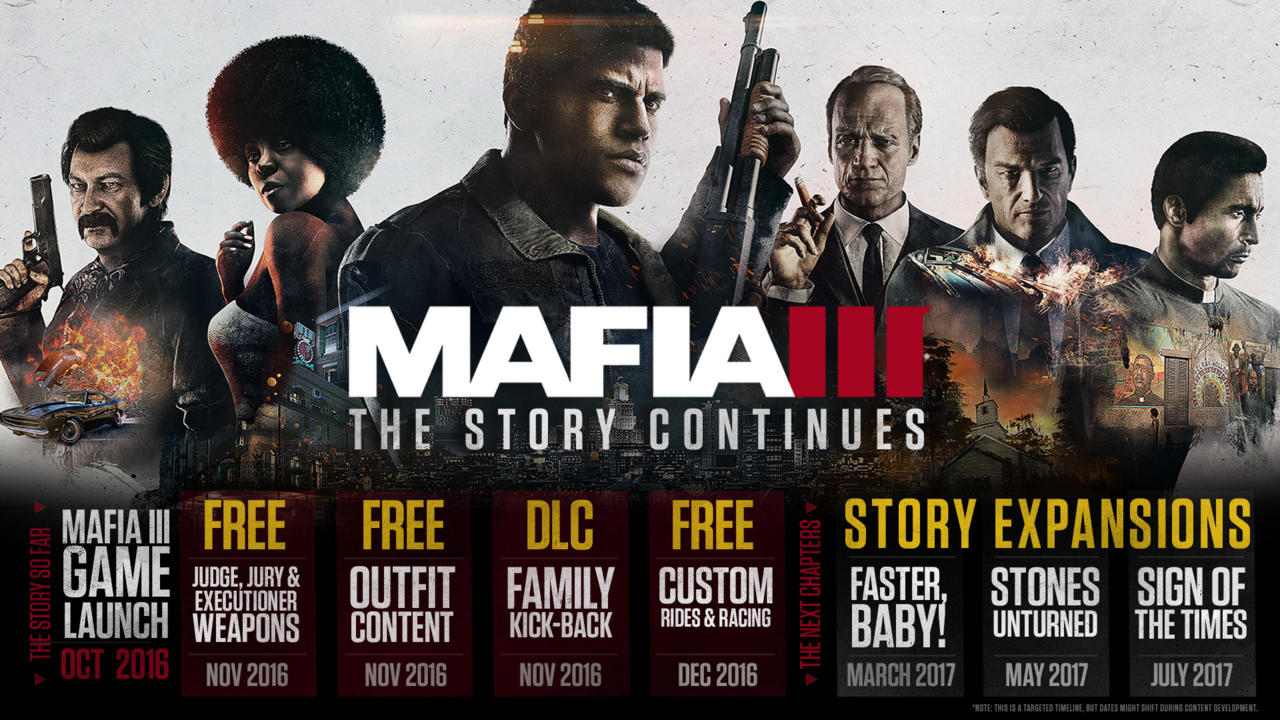 ​
Previous Mafia III DLC has included a free racing mode, a new golden gun, and a bunch of new outfits. The game also received a PS4 Pro upgrade, but nobody noticed at the time. Mafia III joins a long line of games that have received upgrades for PS4 Pro. Take a look at our complete list of every PS4 Pro game that is and isn't getting an upgrade patch.

What are your opinions on the DLC? Let us know in the comments below!