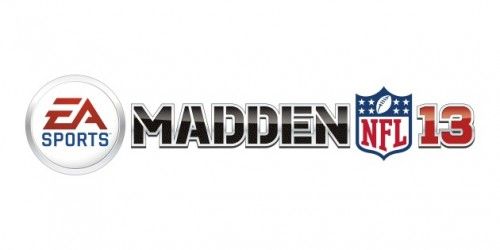 (This is a review I wrote for my university newspaper, thus the formatting)

Every year we get a new Madden, and every year players are disappointed in the lack of progress by the franchise. This time, however, it’s a much different story.

I’m not going to sit here and tell you that Madden 13 is perfect, so don’t expect yet another sparkling review from a football fan and Madden purest. This game, like any other, has some flaws.

The most prominent of which is a series of physics problems brought about by the games new “Infinity engine.”

If you spend any time playing the game on a console, you will undoubtedly notice player’s limbs tangling together like a ball of elastic bands, balls soaring into the stands even though they barely hit the turf, and completely unrealistic hits by defenders after taking only a few steps into a tackle.

Outside of the physics problems, I can’t say I am a huge fan of clumping most of the game’s modes together into one rather confusing “connected careers” mode. Sure, it’s not a huge deal, but I’d like to be able to tell which game I am loading into without changing each and every filename.

Of course, what really matters in Madden is the gameplay, and thankfully this time around the game is nearly perfect in that regard.

Unlike other installments in the long-running series, running the ball is now a viable and often winning strategy. Most of Madden’s detractors over the years have hated how you would have to run for two yards, run for no gain, and then pass the ball to have any chance against the more difficult AI settings.

Similarly, the passing game has been improved, as it now allows quarterbacks to lead a receiver, resulting in more accurate passes and significantly less silly interceptions.

Additionally, EA has added in new pass trajectories that are definitely noticeable to the keen player. These new trajectories are more than just for show though, since they bolster the realism of the passing game and allows for more accurate passes.

There have been a number of changes to the artificial intelligence in the game, including the long-awaited ability for defenders to automatically line-up against receivers, thus eliminating an annoying lagging problem off the snap.

While that is great, the best AI change is their use of the playbook during the two-minute drill. Instead of running down the clock or throwing a Hail Mary, they will throw to the sidelines to preserve the clock and make smart decisions.

Just like in any other addition of Madden, part of the incentive to upgrade is to get the new rosters with the new stat updates and roster update support. Nevertheless, for me at least, that has never warranted the sixty-dollar price tag.

But, with all of the new upgrades and tweaks founds inside Madden 13, I can understand why people would buy it. Heck, I bought it the day it came out!

Sure, there are some serious problems with the physics engine, and sure, there is still not much in the way of revolutionary content here, but sometimes you have to lower your expectations and just enjoy a game for what it is.

In this case, Madden is the best sports game available at this time, and I can comfortably say that anyone who purchases this game, regardless of whether they love it or not will be playing it for far too long.
View the Post on the Blog