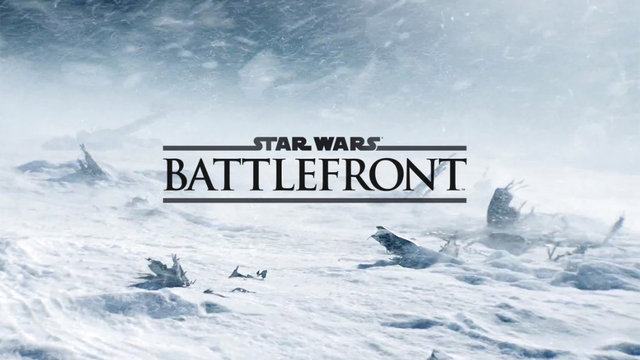 ​
For many of us, the Star Wars Battlefront series was a true gem in the gaming industry. From high speed space battles, to great infantry combat, Battlefront has held the heavyweight championship for third person shooters. The official reveal trailer for the new installment in series is set to air on the 17th of April. Lucky invitees however will get the chance to play 3-4 hours of the game behind closed doors on April 10th. The catch is that the play-test will only be held in 2 locations where EA has offices. The first is located in San Francisco, so all of you Californians have a chance to get in on the action if you are close. The second is being held in Vancouver, Canada. EA has stated that those who are selected to participate will receive 2 select EA games to help sweeten the already wonderful deal.


​
While we have no official release date, Battlefront is said to be released in 2015. Hopefully we get more information when the official reveal trailer airs on the 17th. Members who are invited to participate in these play-tests are required to sign a non-disclosure agreement and are not permitted to record while they are there. Typically when companies hold events like this, some of the content gets through to the general public. Hopefully the play-testers have a good time with the game and can say they came out wanting more. Battlefront is being developed by DICE since the LucasArts studio was shutdown after Disney acquired the rights to Star Wars. DICE, as many of you know, are the minds behind the Battlefield series. A lot of people are skeptical regarding DICE's involvement with the series claiming it will just be a Star Wars skinned Battlefield game. These statements are also fueled by DICE supposedly nuking the series' traditional third person mode and making it a first person mode only game. I'm sure fans of the series hope that this isn't the case and that DICE delivers on a product gamers have come to love over the years.

At this time, registration has closed for both venues. They seem to have gotten an overwhelming amount of applications. There hasn't been anything officially announced regarding alpha and beta testing but that news will surely make its way onto the homepage here if it gets announced. Good luck to those who registered and May the Force be With You.