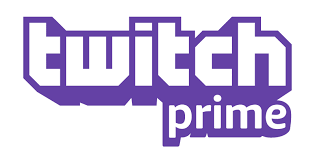 Twitch has routinely given away free games and in-game content to Twitch Prime subscribers in the past. It was slated to give away a game of fans' choosing this month, but instead, the streaming service is expanding its plans and formalizing its giveaways into the aptly titled Free Games With Prime program.

Just recently, fans were presented with a list of games to vote on as part of the Twitch Prime Indie Amplifier promotion, with the winner being released for free through Twitch Prime this week. Provided you have a Twitch Prime membership--which is one of the free perks for being an Amazon Prime subscriber--you'll actually be getting much more this week than just the winning game, which turned out to be Shadow Tactics.

Another of the Indie Amplifier games, Tales from Candlekeep: Tomb of Annihilation, will join Shadow Tactics in being offered for free starting on March 15. Twitch will also bring back two of its best freebies from previous promotions, Superhot and Oxenfree, and offer one more game it hasn't given away before, Mr. Shifty. All five of these games will be available to Prime members until March 31.

On April 1, another five games will go free for Prime members. That selection includes a few more of the Indie Amplifier games and some with greater name recognition: Tales from the Borderlands, SteamWorld Dig 2, Kingsway, Tokyo 42, and Dubwars.

As with previous freebies, the games offered in this manner will be yours to keep permanently, though you'll presumably need to use the Twitch desktop app in order to grab them. Twitch says it'll deliver new free games monthly, and it confirmed with GameSpot that it will be an ongoing program, though new games may not always arrive on the first of the month. In the coming months, you can expect to see the remainder of the Indie Amplifier games, such as Tumblestone and High Hell.