Limited Edition Shadow Of The Tomb Raider Xbox One X Is Gorgeous, And There's Only One 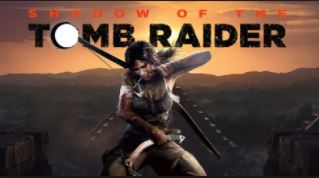 Xbox has announced a limited edition Shadow of the Tomb Raider-themed Xbox One X console. There's only one in the world.

The console is being sold on eBay, with all proceeds going to Best Friends, a national animal welfare organization. The starting price was $1000, but several bidders tripled that number within hours. The bidding period ends on September 5 at 6:00 AM PT / 9:00 AM ET. The Xbox One X comes with an accompanying controller as well as a digital copy of Shadow of the Tomb Raider.

Shadow of the Tomb Raider concludes Square Enix's rebooted Tomb Raider trilogy. The game marks the darkest period of Lara's evolution. Her internal conflict will lead her to try and fix problems she shouldn't be trying to solve, making her into somewhat of a villain in her own story. But by the end, she'll experience the defining moment that transforms her into a legend.

Despite the darker tone, Shadow of the Tomb Raider plays a lot like 2013's Tomb Raider and 2015's Rise of the Tomb Raider, for better and for worse. You'll recognize the same moments of climbing and shooting from the previous two games, as well as the brutal punishments that Lara will have to endure, from heated firefights to devastating tsunamis. The game comes in four different editions, all of which are available for pre-order.

Shadow of the Tomb Raider launches on September 14 for Xbox One, PS4, and PC.