Life is Feudal: Your Own - An Amazing Idea With Poor Execution 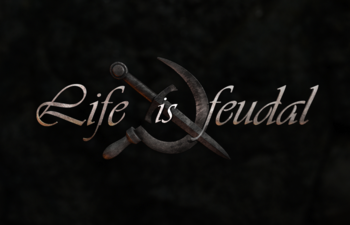 ​
Ever since the release of the DayZ mod there has been a huge surge of open-world survival games. While there are some games that are fun to play, it’s rare to see new titles offering something new to the formula. The developers over at Bitbox have recently released a new entry to the genre, Life is Feudal: Your Own. Life is Feudal is a realistic MMO open-world medieval survival game that brings a lot of new twists to the rather bland genre. The realism and depth of Life is Feudal make the game very unique and rather interesting, but that also means the game has a rather niche roleplaying audience. Life is Feudal has the potential to please a much larger audience, but the execution of some of Bitbox’s great ideas can be rather poor.

The biggest feature that separates this game from similar titles is the huge RPG-esque skill tree. Something this in depth has never been done before in a survival game. The endless possibilities of character progression make every playthrough unique. Since servers have varying skill caps, it is impossible to create a character that is good at everything. This adds a lot of replay value to the game and it allows you to really tailor the experience to what you want it to be. Unfortunately, the way you progress through the tree doesn’t seem to be well thought out.

Bitbox’s main goal with the skill tree is realistic progression, but this just leads to a lot of grinding. The way you level up skills is by performing actions that use that specific skill. For example, to level up your terraforming ability you must use a shovel to raise, lower, and flatten land. This does seem to make sense and it follows the real life “practice makes perfect” paradigm. Where this starts to fall apart is the way the skill tree is laid out. There are some skills, like construction, that are locked until you level up previous skills, like terraforming. This means in order to build your first tiny shack you have to practice terraforming by pointlessly shoveling dirt. This is a very mundane task and can take some time to complete. This isn’t just a problem with construction and the whole tree is laid out in a similar manner. More often than not you will find yourself completing boring tasks just to achieve something relatively simple. Since character don’t transfer across servers, it’s very frustrating to have to do this numerous times depending on what server you want to play on.

Since every character is unique, working as a team is highly encouraged in Life is Feudal. It is rather common to see communities of people that are experts in different areas of the game. Many people typically dedicate their character to one specific area of the skill tree and turn that into an in-game profession. Players can fill various roles ranging from farmers to warriors. This enables really strong roleplaying communities and factions that can’t be found in similar games. The problem is that this is really the only way the game can be played enjoyably. If you try to be lone wolf in the game, you’ll often find yourself frustrated since you can’t level up all your skills, and the ones you can level up require a lot of time put into them. The amount of servers and communities for Life is Feudal make it easy to find people to play with, but this is not always the route players want to take.

Much like the skill tree, there are a lot of great ideas that get poorly executed in the game. A major culprit of this is the combat system. The game aims for very realistic physics-based combat between players. Unfortunately, it is plagued by very clunky controls and animations. In order to attack, you must move your mouse in the direction you want your attack to go. This leads to really frustrating fights and your character often not doing what you want them to do. Some may argue that this was an intentional design and the combat is intended to be hard. However, it is much more frustrating than it is difficult, even when trying to kill an unarmed animal for food. Additionally, some of the animations are poorly done and don’t flow well together. This does not only look bad but it can lead to the actual movement of characters hard to predict.

Perhaps the biggest mistake that Bitbox has made with their game is the release model. Life is Feudal was previously in an alpha stage and was available through Steam Early access. Of course, this itself is perfectly fine. The problem is that they went from straight from alpha to final release, completely skipping a beta stage. What’s even worse is that the Steam reviews indicate the final release version was very different the previous alpha version players were testing. Because of this, the current version of the game feels half baked and is full of various bugs and optimization problems. If anything, this version should be the Beta and the final release should have been pushed back much further.

The concept is Life is Feudal: Your Own is really great. Unfortunately, Bitbox wasn’t able to fully realize their idea and gamers are left with an unfinished product. The grinding and the lacklustre solo experience creates a very high barrier of entry for this game. Perhaps over time Bitbox will listen to feedback and make this great idea reach it’s fullest potential. For now, I can only recommend this game if you have a group of friends that have been specifically looking for a realistic medieval RPG, since Life is Feudal is really a one of a kind. Otherwise, it’s probably best to wait for this game to mature a bit and see how the developers respond to feedback. If you are interested in Life is Feudal: Your Own, you can buy it on Steam for $39.99.
About author