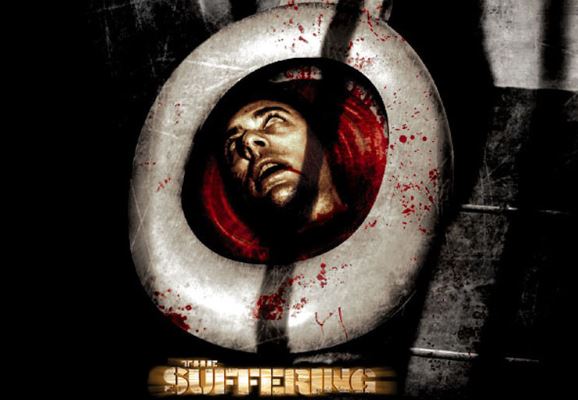 ​
Nearly a decade ago, March of 2004, an action-horror game was released for the Sony PlayStation 2 and for the Microsoft Xbox that pushed limits on multiple scales. Later that year, the game was subsequently released for Windows. The game is known as The Suffering and it comes from Surreal Software and Midway Games. Before its release, various gaming magazines and forums alike were sceptical to how the game would play out, and even went so far as to use the game’s title to suggest that players would in fact be disappointed and “suffer” from playing it. However, the results of the game were quite the opposite of what those of little faith expected. The Suffering brings what any horror-lover gamer loves together into a pleasant, yet nightmarish blend.

​
Within the story, we find a man named Torque entering Abbot State Penitentiary on Carnate Island, Maryland. From the conversation between officers escorting him, we learn that Torque is a mute and is on death row for supposedly beating his ex-wife to death, drowning one of his sons in a bath tub, and throwing his other son out of a window. The catch is that Torque blacked out before he supposedly committed the aforementioned acts and can’t remember anything. When he arrives at the prison, we hear other inmates from within their cells begin to talk about Torque’s past as he enters his cell. We learn that Torque does not have a totally clean record. He has been involved with various crime syndicates, has killed members of the Aryan Brotherhood (a notorious prison gang), and knows how to fight well.

Only minutes after Torque is settled in his cell, there is an earthquake and the lights within the prison begin to turn off. The nearby officers run to see if any structural damage has occurred elsewhere in the prison. One-by-one the other inmates can be heard screaming and being stabbed within their cells by some sort of creature. The screaming stops, Torque’s cell door breaks open, and the player now has control of him. From here the player will need to guide Torque throughout the prison and the island to try to find a way to escape and unravel the mystery of what is going on. Torque will be able to make use of inmate-made weapons such as shivs and can find various firearms and types of explosives. Torque will also be able to use a flash light, batteries, and bottles of pills for health. As the game progresses, information will be made available further explaining why such chaos is ensuing. Torque will encounter many monsters, inmates, and officers along the way. If the terrible situation is not already rough enough on Torque, the player will notice Torque may or may not be all too sane. At times he may stop walking and clench a shaking fist or spaz. More often, he will experience optical and auditory hallucinations as well as visions of the past. His struggle for sanity is also coupled with a struggle to control his inner beast. After Torque slaughters a good amount of enemies, he is able to transform into a muscular beast with a blade for an arm and is capable of crushing whatever is in his path. To avoid any spoilers I won’t explain why this transformation is possible with Torque.

The monstrosities Torque has to overcome within the game are often based on various execution methods that were used on Carnate over its years of being used as a POW prison and a modern prison alike. For example, the first monster encountered called the “Slayer” appears to be a corpse with its limbs replaced by shivs and its head is attached by a man-made contraption, suggesting the execution technique of decapitation. Another example is a large blindfolded creature dubbed “Marksman” which has .22 caliber rifles mounted on its back, suggesting execution by firing squad. Other monsters include ones referring to death by lethal injection, hanging, and being buried alive. Some monsters require extra information gained within the game to know of their origin, such as one that has to do with Carnate’s supposed history of witchcraft activity. Going further, Torque will also continually encounter three different ghosts based on the executions of the electric chair, the gas chamber, and lethal injection. These ghosts each have their own role in Torque’s fate in his escape and his control of his sanity or lack thereof.

Although the prison and Carnate are being overrun by hostile creatures and it appears to be Armageddon, Torque will run into various survivors along the way. The player then has the choice to help them, let them do their own thing, or kill them and take their ammo. Often, when Torque comes across a survivor he will begin to hear voices in his head. One voice he hears belongs to his ex-wife telling him to help the survivor or a demonic voice telling him to kill the survivors or to not trust them. After the survivor is helped to a certain point or not helped, Torque will have subsequent visions and the voices in his head will either agree or disagree with his choices. The player should take these decisions seriously as, unbeknownst to the player, some of the survivors may turn against Torque. Because of all the aforementioned variables within the game, the game proves to be worthy of praise.

Not only are the concepts great, but the game-play is nice and smooth. The controls are easy to get a hang of. The player has the option of playing in either first or third person. I have completed the game using both settings and enjoyed it both ways. I would suggest using first person though because it adds to the “reality” of it all. For example, I found myself victim to tons of jump-scares from visions and enemies alike more often when playing in first person. Going further, when using first person, the game seems to be designed to get you to look where it wants you to look so to speak. When I played, I found myself being distracted by something on my left and then turning to my right only to be scared by a flashing image or a monster breaking through a wall. Like Silent Hill, The Suffering makes excellent use of lighting, an ambient soundtrack, and strange sounds that seem to come from the below the floor and behind walls. The lighting effects are best coupled with Torque’s flash light shining into utter darkness. The graphics of the interiors are very well done, however I felt the graphics of the outside environment were sort of generic. Additionally one can’t help but notice that most of the human characters besides Torque look somewhat quickly done. Even with these minuscule imperfections, The Suffering is good for the controller, eyes, and ears.

What is most tasteful with this game is the notion of choice. As was mentioned, the player can choose how he deals with survivors and ultimately choose one of three endings for the game. From here the player may or may not learn whether Torque really killed his family or not. Although people were sceptical of how well this game would play out, it turned out to be a great hit. This game is nearly as sadistic and as gritty as it gets. It is practically the definition of psychological horror with its brilliant use of nightmares, violence, agony, and suffering. I call it a masterpiece. If you've played The Suffering before, feel free to post below what you thought of it. If you have not played it, find a copy, pop the disc in, and get ready to see a prison like no other.
About author