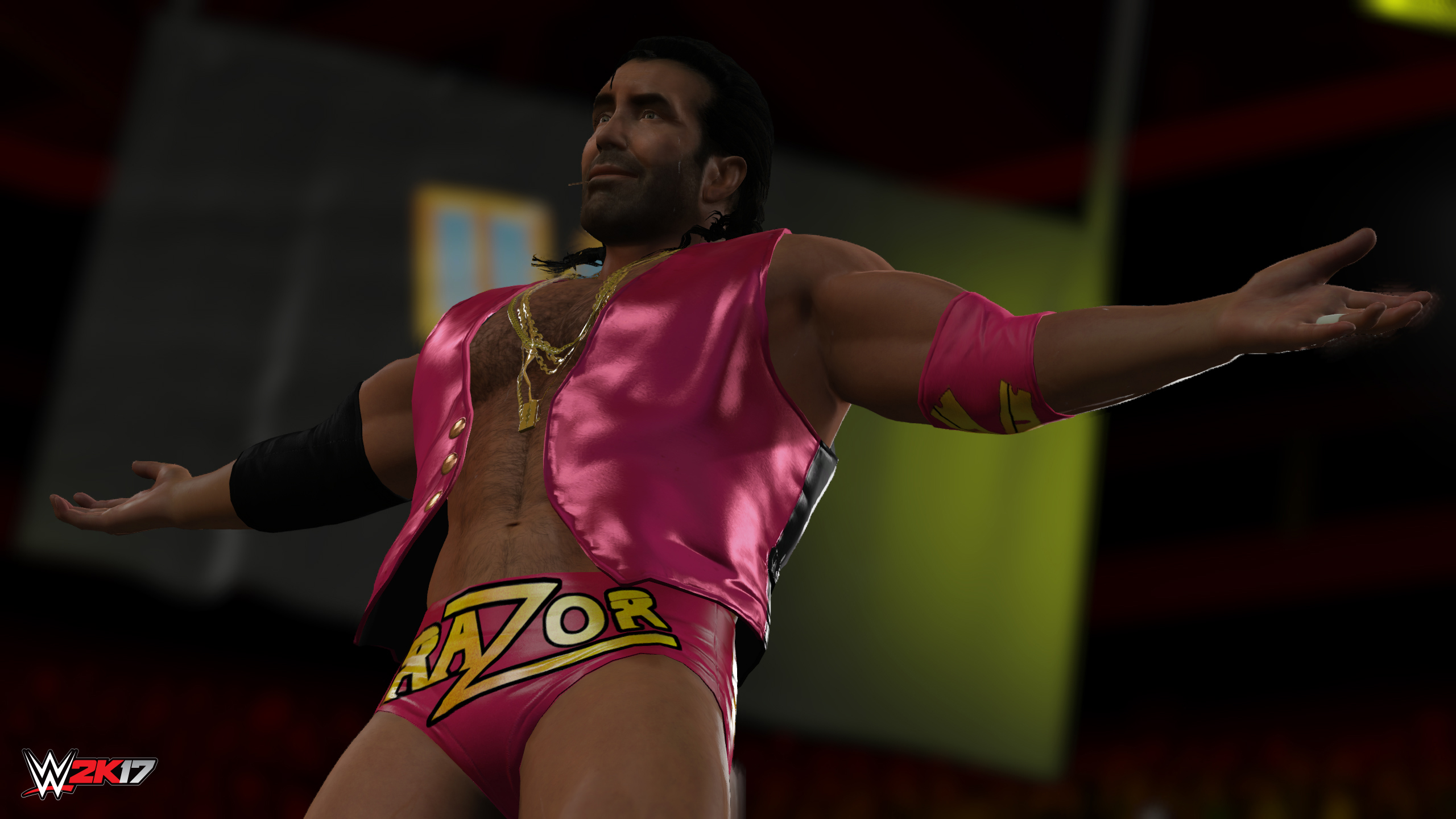 The WWE video game series has become notorious for its bugs, and WWE 2K17 continues that trend. However, the latest update, Patch 1.03, is live on PS4 right now at a size of about 1.3 GB, and it hopes to fix some of those issues. It's coming to Xbox One "as soon as possible," publisher 2K says.

Notes for Patch 1.03 were posted on 2K's forums and purport to fix a PS4-only issue that occurred when resuming from Rest Mode if Auto-Upload was active in the console's options for Application Saved Data Management.

Additional fixed issues involve the AI, referees, and long load times in online private matches. One particularly funny problem involved computer-controlled opponents attacking their own manager if you stood behind them. That's said to be fixed in this patch.

WWE 2K17's referees aren't supposed to be as useless as the WWE's actual referees, and this patch works towards making them actually keep wrestlers in line. In Iron Man matches, an issue would cause the referee to stop counting disqualifications after a certain point. There was also a glitch that would make the referee become idle during pin attempts after being distracted by an interfering character.

Another notable fix is the improvement of loading times in certain cases. If you wanted to use a custom wrestler in a private online match, you'd face a lengthy load time. That, however, should now be shorter. In addition to that, improvements have been made to responsiveness and invisible announcer tables and steps. You can see the full patch notes here.

WWE 2K17 is available for PS4, Xbox One, Xbox 360, and PS3. Critic Richard Wakeling said, "No matter how you spruce it up, however, WWE 2K17 isn't the substantial leap forward I was hoping for. The in-ring action is still serviceable, and refinements to various aspects of its combat make for a more enjoyable game than in previous years. But there are still a myriad of niggling issues holding it back, and the absence of 2K Showcase only compounds these problems."