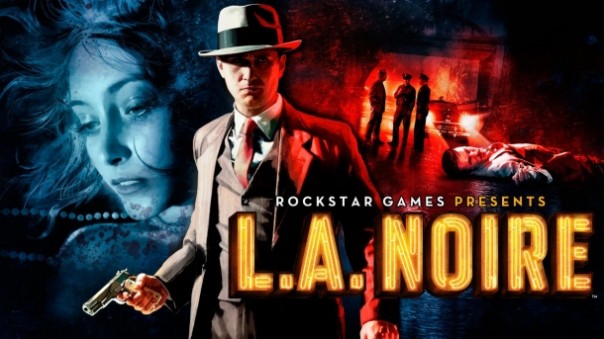 Compared to Rockstar Games' other open-world efforts, L.A. Noire certainly stands out. Set in a post-World War II Los Angeles, Detective Cole Phelps uses his sleuthing skills--along with his underappreciated sketching talents--to solve a set of bizarre cases across his law enforcement career. Instead of the typical open-world hijinks found in Grand Theft Auto and Red Dead Redemption, Noire was a comparatively subdued and earnest detective's tale featuring remarkable performance capture and acting. Now, L.A. Noire will be making its first appearance on current consoles and take advantage of the new setup in interesting way.

During a special hands-on session with the Switch and VR releases, we learned just what Rockstar Games has in mind for the re-release of its adventure game exploring the sprawling and seedy underbelly of post-war Los Angeles. Coming to PS4, Xbox One, Switch--and a special VR edition for the HTC Vive later in December--L.A. Noire is looking to make a fresh impression for a new audience, while packing a few surprises for returning players.

Rockstar Games is taking the opportunity to update the game in a number of ways. In addition to quality of life tweaks and graphical updates--including 4K support for PS4 Pro and Xbox One X--the remaster also includes a redesigned interrogation system, replacing the contextually vague Truth, Doubt, and Lie options with Good Cop, Bad Cop, and Accuse. Moreover, there's also set of new costumes and unlockables to find over the course of the game, giving extra incentive to dive back in.

​
Since its release in March, the Nintendo Switch has been graced with a number of games that make clever use of the console's unorthodox setup, and L.A. Noire puts some of those unique features to use. The Switch version of the game takes advantage of the touchscreen and Joy-Con functionality for greater accuracy when investigating, which interestingly gives it more of an old-school adventure vibe. The touchscreen can be used for gesture controls--such as tapping locations on the screen for Cole to walk to and items to interact with--and also for smaller details like swiping through pages of his journal. Moreover, the Joy-Con motion sensing tech is put to good to use: you're allowed to control the in-game camera by physically moving the right Joycon around a three-dimensional axis, as if it was an analog stick itself.

At first it felt a bit gimmicky, given that a game like this would feel more ideal with a traditional gamepad setup, but there was a surprising level of comfort and precision with the way it felt on Switch. The console unfortunately doesn't match up to its PS4 and Xbox One counterparts in terms of performance, running a little sluggish at 1080p resolution on TV, but with some improvements to overall stability at 720p undocked. But overall, the Switch release uses some clever design tricks that add a lot more to the game than you might expect at first glance. But the Switch release isn't the only new version making some changes to the game.

Releasing in December, L.A. Noire: The VR Case Files is special re-release that reinterprets much of the game for the VR format. Playing in first-person and using the HTC Vive's motion controls creates a more immersive experience with Noire, coming face-to-face with in-game characters while investigating seven of the game's key cases in VR. As a whole, this VR experience felt fresh compared to the other ports, and showed how refined and precise virtual reality controls have become. The VR Case Files is a more streamlined version of L.A. Noire, focusing on the highlights of Cole's career from beat cop to an investigator on arson cases.

​
Starting off in Cole Phelps' office, you're able to move around and interact with a number of objects and other points of interest. Interaction has a far greater focus in this version of L.A. Noire, and with over 300 objects given new animation and physics, investigations now require you to hold up clues to examine them in full view. Picking up the clipboard on Cole's desk--which you can chuck around the office--allows you to examine the game's mission menu and engage with your next case. While each case follows the same main story as in the original game, the new first-person perspective gives it a whole different feel. For instance, examining the faces of suspects to determine truthfulness suggests you should pay attention more to the character's faces during interrogation--even requiring you to lean in further to examine the micro-expressions that occur when someone lies.

The new movement systems, however, take some adjusting to. Because of this, The VR Case Files allows you to experiment between different control schemes to find one that best suits your style. Such options include a contextual point-and-click command (a la Myst), and a line of sight and jogging motion where you make jogging motion with your hands to run to a desired location. The VR Case Files gives you a number of options to experiment with to find which one bests suits your style. This particular release also features real-time shooting, driving, and hand-to-hand combat with the Vive's motion controllers. This version's take on action is a noticeable improvement overall when compared to the original, which felt somewhat stale, lacking real impact and weight. When squaring off against hostile perps, the action will shift over to the redesigned fighting system, which uses real-time blocking and fist-flying action. Raising up both fists to your face will block punches from the other guy, while straights, swings, and jabs can be carried out by motioning the controllers in your desired direction. Even a regular fight against low-level suspect felt intense, and resulted in a bit of a workout.

Though L.A. Noire shows its age in some areas--with graphical textures and some design decisions coming off a bit dated--the remaster and special VR edition both breathe some new life into the game. Set for launch on November 14 for Xbox One, PS4, and Switch--with the HTC Vive VR release coming in December--Rockstar's return trip to post-war L.A. looks to have a number of exciting things in store for returning fans and newcomers looking to experience darkly intimate take on so-called traditional detective work.