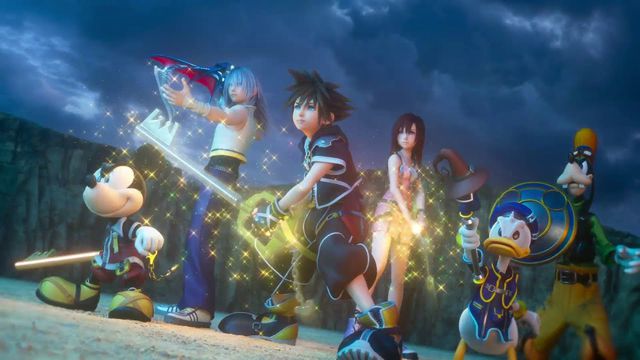 There’s more Kingdom Hearts 3 content coming this year, according to series director Tetsuya Nomura. And that includes both free and premium DLC, both of which will bring some desired updates to the role-playing game.

In an interview with Japanese outlet Dengeki Online, Nomura said that Square Enix will add Critical Mode to the game as a free update in the coming months. Fans will remember Critical Mode as the apex of challenge in the Kingdom Hearts series, restricting players’ health, strength, and abilities. This falls in line with a reported data mine of the game; data miners shared what they said were files hinting at a Kingdom Hearts 3 Critical Mode.

Paid DLC will fill in some of the story gaps, Nomura explained. There are plenty of those in the dense Kingdom Hearts 3, and the post-release secret movie and epilogue only made things more complicated. We shouldn’t expect answers to our questions, but there should at least be some backstory added to deepen the game’s climactic moments.


Critical Mode and any other big updates are typically thrown into Kingdom Hearts re-releases, known as Final Mixes. But Nomura said that he’d prefer to release the content piecemeal this time around.

“Up to now, we’ve prepared a separate Final Mix package releases, but this time we’re thinking of doing the additional content as DLC,” he said, based on a translation from Kotaku.

We waited long enough to get the first iteration of Kingdom Hearts 3; we’d rather not sit around to buy yet another version of it in who-knows-how-many years. Polygon reached out Square Enix for more details — this is just Nomura talking, after all — and will update with more when we receive it.