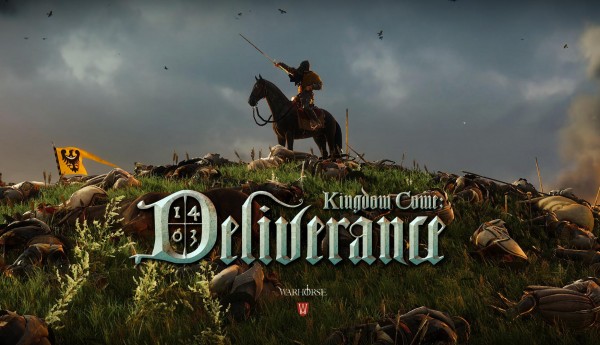 It looks like a new RPG is set to burst onto the scene, and this one could be a game changer. Kingdom Come: Deliverance has recently reached its Kickstarter goal of 500,000 dollars. This hasn't been a several month affair with many ups and downs along the way, either. This took developer Warhorse Studios just 36 hours to raise, along with the backing of over 12,000 people. That's impressive, but that doesn't leave out this question: just what the hell is Kingdom Come: Deliverance?

Here is how the developer describes the game: "Realistic single-player RPG set in the medieval Europe. Open-world sandbox with period accurate melee combat. Dungeons & no Dragons." Sounds like a medieval RPG without the usual magic fluff thrown in, making for an even more realistic experience. From the early game play videos, it looks like Chivalry: Medieval Warfare, just open world and with some spruced-up better graphics.

“This resounding confirmation of what we've been working on for almost two years just makes everything worthwhile,” Warhorse said on its Facebook page. “Now, with our goal reached, it's time for stretch goals and we shall announce the first one today. I [Warhorse founder Daniel Vávra, we presume] would also like to make one thing clear: we have come to an understanding with our investor that every penny we make above the Kickstarter goal will stay with us and will go toward making Kingdom Come: Deliverance better.”

And they do have some ambitious goals for the future. If they can raise this kind of money in a matter of hours, however, their goals should be all the more achievable. Here you can see their current objectives: 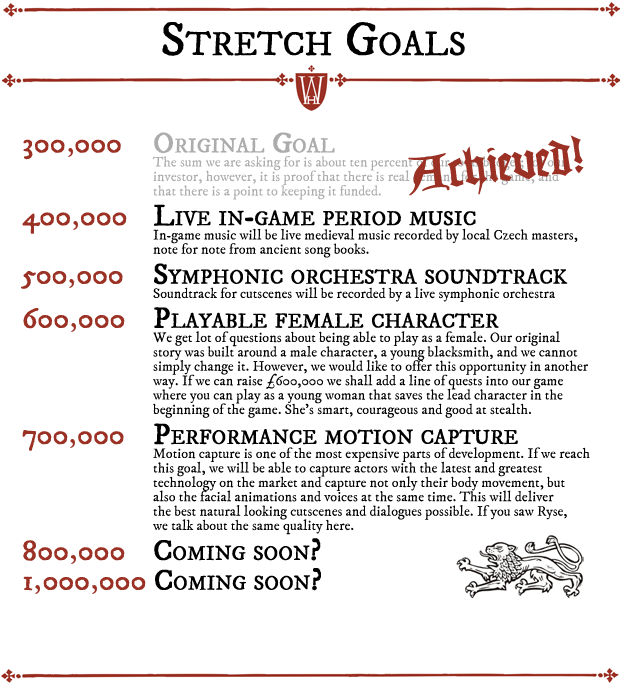 Although this game may be in its early stages I can't wait to get some more news on it. Could we be looking at the next Elder Scrolls series? I think it could have that potential. Regardless, there is really only one thing that matters: Warhorse Studios makes the most out of the money people have entrusted them with. Again, the idea that this studio has could be one that defines RPGs for next gen consoles, gamers, and developers.

Kingdom Come is set to be released on Xbox One, PS4, PC, Mac, and Linux in Q4 of 2015. Estimations are in the area of 30 hours of game play for Act I and around 70 hours total for all three acts.

​
Is this game worth all the hype? Do you think we could see a huge bust or a massive success in this game? Will this be a game changer, or something to walk away from? Will you buy it?