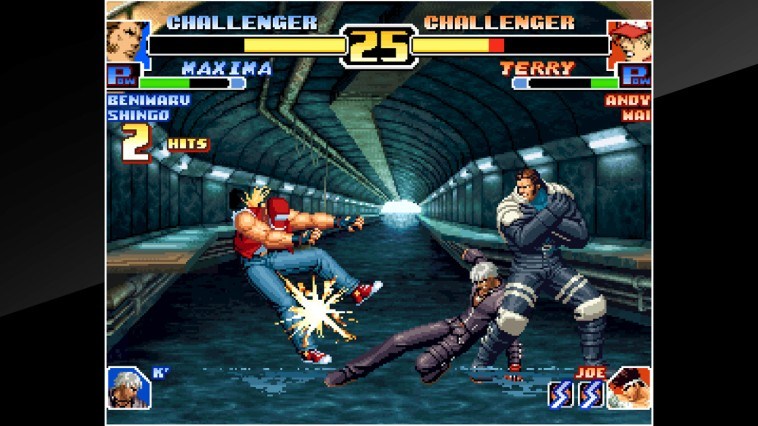 ​
Like almost half of the system's eShop releases to date, today's addition is another ACA Neo Geo game port. This time around, the game is The King of Fighters '99, which was originally released on 1999 and has been ported to a variety of systems over the years.

Given its name--or by considering what so many of the Switch's other ACA Neo Geo games have been--you can likely glean that this is a fighting game. It was developed by SNK and features a new Striker Match mode, where players choose a fourth character who can be temporarily brought in during a match to attack their opponent and then leave. The game costs $8/£6.29.

If you're looking for a different brand of fighting on Switch, tomorrow, May 26, brings with it the release of Ultra Street Fighter II: The Final Challengers. If you're in Europe, you'll also be able to pick up Disgaea 5 Complete, which launched in the US earlier this week.