Killing Floor 2 Will Run a Basic Engine Spiked with Realism

Individual developers in the gaming industry are often known for specific aspects that each of them offer through their games. For example, DICE is known for their original engines created for games such as Battlefield 3. Tripwire, the developer of Killing Floor 2, is known for multiple strengths in their games, and will utilize all of these strengths to blow the socks off of upcoming Killing Floor 2 players.

One of the major considerations for the upcoming release was what engine to use. Tripwire wanted to appeal to all sorts of PC gamers with all sorts of PC capabilities. This is usually a large issue when it comes to engines, as the engine can dramatically raise the specs required to play the game, which would ultimately result in less people playing the game. The engine in which Tripwire set sights on is Unreal Engine 4, which is an engine that has yet to be used in any released games on the market. The engine was created by Epic, and is being sold for licensing at around $19 a month, which is good for self-funded developers such as Tripwire. However, Tripwire has decided to go with Unreal Engine 3 for multiple reasons, which is odd at first glance, as this is is half of a step up from Killing Floor, which was released in 2009. 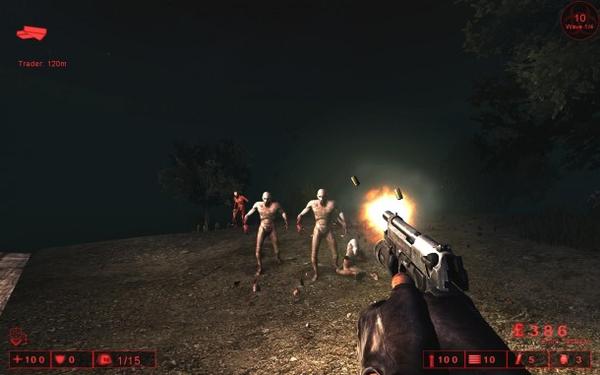 ​
The original Killing Floor was released almost six years before Killing Floor 2 is planned to be released, so upgrading from Unreal Engine 2.5 to Unreal Engine 3 seems like a baby step. This shallow upgrade is even more odd considering the large plans that Tripwire has for Killing Floor 2. Tripwire plans to use realistic aspects to sell the gaming audience. Every drop of blood spilled in the virtual world will remain on the landscape for the entire game played by the player. This is one of the many realistic aspects that are planned to be implemented in the game, and will require an entire system to be implemented. That being said, Tripwire's reasoning for not using Unreal Engine 4 will remain mostly in the dark.

While many fans wonder why Tripwire did not use the 4.0 version of the engine, Tripwire does have some adequate answers. Tripwire did not create the engine, and therefore the issue with being the first to release a game using the engine could possibly be the largest issue. Epic is still currently working on their first game using the engine, and Tripwire does not have plans to be the guinea pig, as any issues with the engine will result in Tripwire receiving the blame, not Epic. Tripwire's president, John Gibson, takes after Valve's philosophy of releasing polished games with minimal bug issues. To achieve this the developer would not wish to take the chance of using a brand new engine, as it can cause a buggy release more than anything. This was exemplified with the release of Battlefield 4, which was a rushed title on a new version of an engine.

Tripwire plans to look specifically into weaponry and sound as far as realism. Not only are the developers at Tripwire hard at work designing unique weapons with precise realism, but they are experimenting with actual weapons to help their cause as well. Gibson is looking mostly into recoil and accuracy. He has taken details even as small as bullet speed into account while designing the game, making it a truly superb first person shooter for all gamers who love killing the infected with a handful of reality. Reload speeds and animation are also a large focus of the team. Tripwire wants players to feel the bullets release from the weapon as the infected hordes are slaughtered, and they will deliver to their fullest ability. The signature shooting style in the original Killing Floor included slow motion frame rates while the player reloaded his or her weapon or got critical shots on the enemy. This feature will only be intensified for the upcoming game by the new gore systems, and should be what stands out most to players. The shooting style is not the only thing Tripwire intends to bring back to the table, they are also bringing old weaponry from previous games into Killing Floor 2. The Red Orchestra games by Tripwire were known for their sound. DICE admitted to being inspired by the sound in these games and used their inspiration to make Battlefield: Bad Company 2 the best game that it could potentially be.

Overall, Killing Floor 2 is no doubt going to be a superb game with low spec requirements. Tripwire certainly considered everything when preparing to make a masterful game that utilizes all the strengths of the developers. The game will deliver it's promises to the gaming community, and the release will not be rushed, so gamers anticipating this game may have to wait, but the wait will be well worth it.