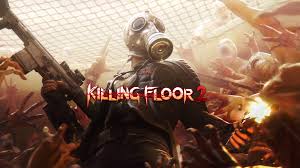 ​
New seasonal content for Killing Floor 2 was revealed during the PC Gaming Show at E3 2017. It's a month-long event called Summer Sideshow and it kicks off tomorrow, June 13. In addition, the game will be free for a week starting tomorrow and on sale for 50% off to purchase.

Summer Sideshow brings a dark amusement park map name The Tragic Kingdom that'll have new sets of objectives. The ultra-violent carnival pits players agains waves of circus-themed enemies and Developer Tripwire Interactive says there are over 50 new cosmetic items including skins and face paints. There will also be two new weapons: the HZ12 Shotgun and the Centerfire Lever Action.

Killing Floor 2 is available on PC and PS4, and reviewer Miguel Concepcion gave it a score of 8/10 saying, "[the game's] strongest asset is in its simple yet effective combat."

Also at the PC gaming show, we learned a release date for Total War: Warhammer II and got a new look at mech game Battletech.