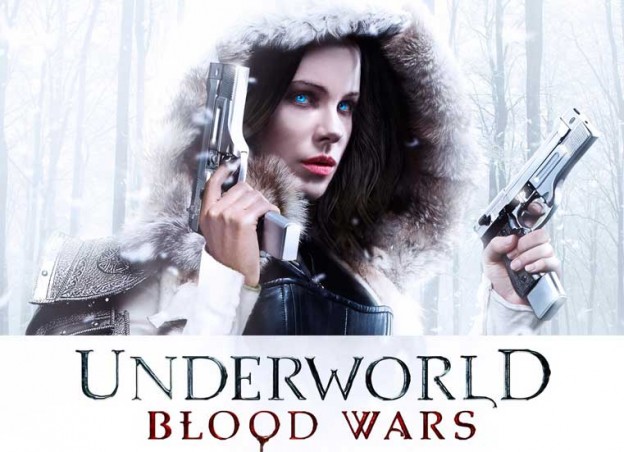 January is widely considered to be akin to Hollywood's garbage can. It's the first month of the year, and if a movie studio produces a bad or hastily thrown-together film, January is usually the month it ends up being released. Some movies are pushed back to the month or their releases are just scheduled for then. The worst horror movies of the year are generally released in January, as well as action movies that will probably flop. This definitely held true this January, with such ace titles as The Bye Bye Man and xXx: The Return of Xander Cage. Despite January usually being filled with turds, a few gems rolled around that are worth recommending, and the usual stinkers that exist solely to be made fun of by jaded cynics like me.

Let's get the worst out of the way first, shall we? I want to know who saw the script on their desk entitled "The Bye Bye Man" and thought to themselves that it was worth opening. Incredibly silly title aside, this movie has really nothing of merit to offer until the last half hour. After a lot of amateurish mistakes and boredom in the first over (to give you some perspective, the very first shot of this movie is overexposed and is ridiculously bright) the movie descends into madness. There's an unhinged, so-bad-it's-good quality to the last half-hour of this movie, featuring a part where our lead character screams along to a song in his car and has a noisy seizure while looking at the camera. I would almost recommend it for the hilarious third act alone, but unfortunately it's preceded by an hour of what might as well be a student film. The first scene feels like it's going for a cross between Dawn of the Dead and It Follows, but it's shot like a student film so it's really hard to take it seriously. The premise is interesting, but don't let that fool you into seeing it. Even if you're an ardent fan of horror movies, this one is below the ones rated one star on Netflix. I'm not kidding. If you don't have to see this movie, stay away from it. Do find that last half-hour, however. It's good stuff.

Another stinker, though not as severe as The Bye Bye Man, was Underworld: Blood Wars. I was on board with Underworld through the first two movies. I thought they were fun, unabashedly stupid little action movies that got their job done. They didn't try to be anything more, but after five (or six? I don't even know anymore) installments, the well has run dry. These are movies that I can't tell apart anymore, but if you are still ready to see Kate Beckinsale in tight leather shoot baddies, this one will give you your fix. There isn't a whole lot to say about these movies, since they have found their audience. There are people who don't get tired of seeing the same movie with a different title on it, and if you're one of these people, go out and see this thing. You'll have a blast with it. To people who aren't converted over, though, you might want to stay away. Although the events of the preceding films are discussed in a heavily expository beginning and you'll know exactly what's going on, it's not really worth it unless this franchise has appealed to you in the past. This movie isn't the one that will convert you.

A movie very similar to Underworld: Blood Wars in style and execution is that of Resident Evil: The Final Chapter. I have already shared my thoughts on this one, however, and don't wish to go into it any further. My recommendation for this one is very similar to my recommendation for Underworld: Blood Wars. If you like the franchise and you want to see more of it, you will have a lot of fun with The Final Chapter. It delivers the same silly thrills that the preceding movies have provided. Even though they don't adhere to the games at all or even make an effort to, there is still an audience for this franchise. If you're a fan, go see it. Again, if you aren't already a fan of the franchise, this one won't win you over. Believe me.

The Jamie Foxx vehicle Sleepless was one a lot of people didn't see, but I did. Sleepless is a third-rate Taken ripoff, and that's saying something considering the both of the Taken sequels are third-rate Taken ripoffs. The movie delivers some satisfactory action, although a lot of the times the camera is shaky and a lot of it is pretty incoherent. The stunt work is mediocre at best, and the story isn't particularly compelling because, you guessed it, it's Taken. The movie is trying to go for this rawness; an R-rated place that the PG-13 Taken never dared to go. Somehow, this movie manages to pull less punches than Taken and never step out of that shadow or deliver anything new. This isn't the worst movie of the month, though, and it has some genre thrills. There is definitely merit in this movie, and if you're bored on a stormy day and you see this on TV, it won't kill you to watch it. I don't think anyone was expecting anything profound when walking into this movie, so I might be preaching to the choir. It's just my simple warning to not expect anything better than what Taken already offered when walking into this one.

January, however, was not a month of all turds, so let's switch over to the positives of the month. When I was walking into xXx: Return of Xander Cage, I was expecting an extremely stupid, unfathomably over-the-top action movie featuring cool stunts and a lot of Vin Diesel being a generally bad actor but likable presence. And what did I get? Exactly what I was looking for. I had a preset list of expectations for this movie, featuring the likes of ludicrous gadgets, one-dimensional characters, and a lot of stupid one-liners, and I got all of these things. This is not a good movie by any means, but I had an absolute blast while watching it. None of the characters are real people at all; they are all live-action cartoons. That might sound like an insult, and it totally, is, but this movie is basically a live-action cartoon. If you put a bunch of three-dimensional and detailed characters in this farce of a movie, I'd be wondering why the tone of the action is so goofy while the characters are so serious. Everyone is very clearly having a good time here, and if you leave your brain at the door, you will, too.

I decided to save the best for last to end this article on a positive note; an usual thing for me. I saw Split last month, and although it didn't exactly blow me away, it surprised me deeply. From much-derided writer/director M. Night Shyamalan comes his best film since Signs. Beautifully photographed and given tense direction, Split goes way beyond The Visit's shoddy writing and production in favor of a true nail-biter. Split certain isn't The Sixth Sense, Unbreakable, or even Signs, but it vaults over the bar set by The Village and makes a substantial return to form for M. Night. Featuring an unhinged performance by James McAvoy, a lot of the pieces fit together here to fit into an unconventionally tense thriller. It's not anything profound, but there is great filmmaking on display here. I think this a film that you should check out. It's still in theaters and probably will be for another week or two, so take that chance and go see it. It may not be the film for you, but at least you'll get to see Professor X going crazy with 23 separate personalities for two hours.

Oh, if you are for some reason wondering where Monster Trucks is, I didn't see it, and neither did anyone else.

I think this sums up my thoughts well enough.
​
What did you think of these movies, if you saw any of them? Think I'm wrong about any of them? Let us know in the comments below!